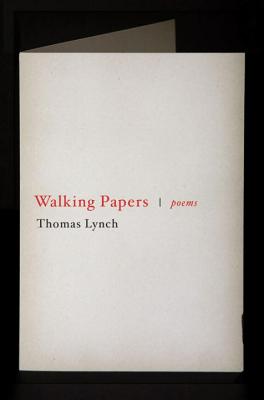 A decade's worth of poems by one of our most reliable witnesses, National Book Award finalist Thomas Lynch.

In his fourth collection of poems, Thomas Lynch attends to flora, fauna, and fellow pilgrims: dead poets and living masters, a former president and his factotums, a sin-eater and inseminator. Faux-bardic and mock-epic, deft at lament and lampoon, fete and feint, Lynch's poems are powerful medicines, tonics for the long haul and home-going.

You can think of it as punctuation

and maybe take some comfort from that, friend—

a question mark or exclamation point—

no matter, we're all sentenced to an end,

the movers and the shakers, bon vivants,

all ne'er-do-wells and nincompoops, savants,

everyone's given their walking papers.

Thomas Lynch has authored five collections of poetry, one of stories, and four books of essays. His first, The Undertaking, won the Heartland Prize for Non-Fiction and the American Book Award, and was a finalist for the National Book Award. His writing has appeared in the Atlantic, Granta, Harper’s Magazine, and the New York Times, among other publications. He works as a funeral director in Milford, Michigan, and teaches at the Bear River Writer’s Conference.
or
Not Currently Available for Direct Purchase
Copyright © 2020 American Booksellers Association