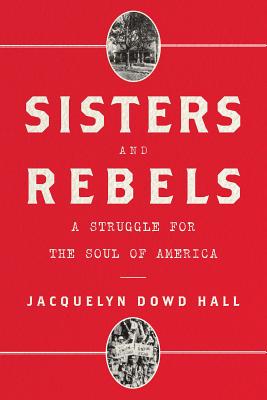 Three sisters from the South wrestle with orthodoxies of race, sexuality, and privilege.

Descendants of a prominent slaveholding family, Elizabeth, Grace, and Katharine Lumpkin grew up in a culture of white supremacy. But while Elizabeth remained a lifelong believer, her younger sisters chose vastly different lives. Seeking their fortunes in the North, Grace and Katharine reinvented themselves as radical thinkers whose literary works and organizing efforts brought the nation’s attention to issues of region, race, and labor.

In Sisters and Rebels, National Humanities Award–winning historian Jacquelyn Dowd Hall follows the divergent paths of the Lumpkin sisters, who were “estranged and yet forever entangled” by their mutual obsession with the South. Tracing the wounds and unsung victories of the past through to the contemporary moment, Hall revives a buried tradition of Southern expatriation and progressivism; explores the lost, revolutionary zeal of the early twentieth century; and muses on the fraught ties of sisterhood.

Grounded in decades of research, the family’s private papers, and interviews with Katharine and Grace, Sisters and Rebels unfolds an epic narrative of American history through the lives and works of three Southern women.


Praise For Sisters and Rebels: A Struggle for the Soul of America…

A sweeping, richly detailed intellectual and political history of America from the 1920s to the 1980s, an absorbing narrative based on impressive scholarship....Sharply etched biographical portraits focus a compelling history.
— Kirkus Reviews (starred review)

In this excellent triple biography, Hall follows Elizabeth, Grace, and Katherine Lumpkin, whose lives and work touched many elements of 20th-century social history.... These admirably crafted biographies of the Lumpkins, their cohorts, and their causes open a fascinating window on America’s social and intellectual history.
— Publishers Weekly (starred review)

The word befitting this work is ‘masterpiece.’ Sisters and Rebels is an impassioned, elegant, evocative narrative that turns biography into art and scholarship into the profound understanding of a South searching for its soul.

— Paula J. Giddings, author of Ida: A Sword Among Lions: Ida B. Wells and the Campaign Against Lynching

A tour de force from a remarkable historian. Jacquelyn Hall’s long-awaited chronicle of the Lumpkin sisters offers unparalleled insight into the complexities of gender and race in the lives of white southerners.
— Drew Gilpin Faust, author of This Republic of Suffering: Death and the American Civil War

An absolutely necessary, totally engaging history. Hall speaks from her own long relationship with the sisters as well as her rigorous and comprehensive scholarship, adding yet another dimension to this fine history that reads like a novel.
— Lee Smith, author of The Last Girls: A Novel

A sweeping, against-the-grain panorama of American history in the first half of the twentieth century.
— Nancy F. Cott, author of The Grounding of Modern Feminism

I loved this beautifully researched and expertly executed study of three women who were just as distinct, complicated, and problematic as the region they called home. Jacquelyn Dowd Hall again proves herself to be one of our nation’s most relevant scholars.
— Wiley Cash, author of A Land More Kind Than Home: A Novel

At a time when millions hunger for hope that a better America is possible, one of our wisest historians uncovers a past we urgently need.
— Nancy MacLean, author of Democracy in Chains

Hall’s perceptive and elegant writing and her extensive, decades-long research into the sisters’ lives provides rich context for the creation of Southern reformers as a political force…Highly recommended for readers interested in women’s history and American intellectual history.
— Library Journal

Jacquelyn Dowd Hall is the founding director of the Southern Oral History Program at the University of North Carolina at Chapel Hill and the coauthor of the prize-winning Like a Family: The Making of a Southern Cotton Mill World. She lives in Chapel Hill, North Carolina.
Loading...
or
Not Currently Available for Direct Purchase