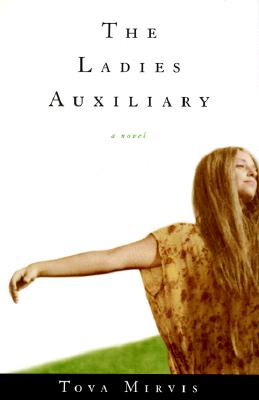 In this remarkable and assured debut, Tova Mirvis tells the story of the close-knit, carefully structured world of the Orthodox community in Memphis, Tennessee, a world that unravels when Batsheva, newly widowed and a convert to Judaism, and her five-year-old daughter, Ayala, move in.

Batsheva is free-spirited and artistic, and at first the women of the ladies auxiliary discover in her a passion for the traditions and rituals of Judaism which have become stale and routine to them. But when Batsheva becomes close with the restless high-school girls she teaches who are eager to catch glimpses of the non-Kosher world outside, and befriends, maybe a little too intimately, the beloved Rabbi's only son, Yosef, feathers begin to ruffle. When events come to a head, and Batshevea's past is revealed, the women's allegiances begin to split over whether Batsheva should be forced out of the community.

Batsheva is an unforgettable character, one who makes her claims on the reader's heart from the first page. The Ladies Auxiliary, beautifully and skillfully told, shows what happens when the outside world leans on a closed community so intent on keeping its children inside its tight walls that it cannot see it is losing them.

Tova Mirvis is the author of three novels, Visible City, The Outside World, and The Ladies Auxiliary which was a national bestseller. Her essays have appeared in the Boston Globe Magazine, the New York Times Book Review, Poets and Writers, and Good Housekeeping, and her fiction has been broadcast on National Public Radio. She lives outside of Boston with her three children.
Loading...
or
Not Currently Available for Direct Purchase