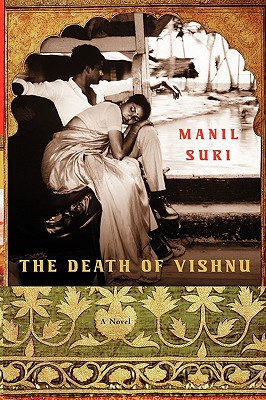 At the opening of this masterful debut novel, Vishnu lies dying on the staircase he inhabits while his neighbors the Pathaks and the Asranis argue over who will pay for an ambulance. As the action spirals up through the floors of the apartment building we are pulled into the drama of the residents’ lives: Mr. Jalal’s obsessive search for higher meaning; Vinod Taneja’s longing for the wife he has lost; the comic elopement of Kavita Asrani, who fancies herself the heroine of a Hindi movie.

Suffused with Hindu mythology, this story of one apartment building becomes a metaphor for the social and religious divisions of contemporary India, and Vishnu’s ascent of the staircase parallels the soul’s progress through the various stages of existence. As Vishnu closes in on the riddle of his own mortality, we wonder whether he might not be the god Vishnu, guardian not only of the fate of the building and its occupants, but of the entire universe.

Manil Suri is the best-selling author of The Death of Vishnu, a finalist for the PEN/Faulkner Award, The Age of Shiva, and The City of Devi. A native of Mumbai, he is a professor of mathematics at the University of Maryland, Baltimore County.
Loading...
or support indie stores by buying on