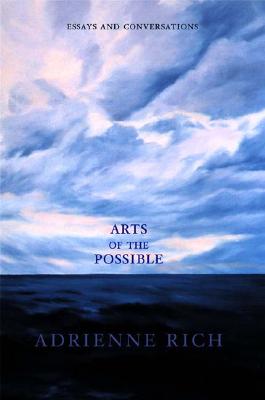 Arts of the Possible

These essays trace a distinguished writer's engagement with her time, her arguments with herself and others.

"I am a poet who knows the social power of poetry, a United States citizen who knows herself irrevocably tangled in her society's hopes, arrogance, and despair," Adrienne Rich writes.

The essays in Arts of the Possible search for possibilities beyond a compromised, degraded system, seeking to imagine something else. They call on the fluidity of the imagination, from poetic vision to social justice, from the badlands of political demoralization to an art that might wound, that may open scars when engaged in its work, but will finally suture and not tear apart.

This volume collects Rich's essays from the last decade of the twentieth century, including four earlier essays, as well as several conversations that go further than the usual interview. Also included is her essay explaining her reasons for declining the National Medal for the Arts.

Adrienne Rich (1929–2012) was an award-winning poet, influential essayist, radical feminist, and major public intellectual of the twentieth and twenty-first centuries. She wrote two dozen volumes of poetry, including the National Book Award–winning Diving into the Wreck, and more than a half-dozen of prose.
Loading...
or
Not Currently Available for Direct Purchase