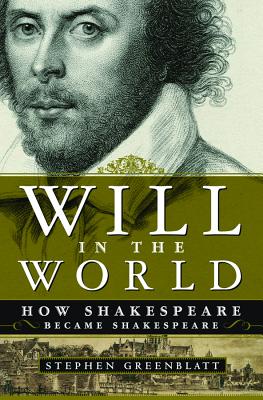 Will in the World

"So engrossing, clearheaded, and lucid that its arrival is not just welcome but cause for celebration."—Dan Cryer, Newsday

Stephen Greenblatt, the charismatic Harvard professor who "knows more about Shakespeare than Ben Jonson or the Dark Lady did" (John Leonard, Harper's), has written a biography that enables us to see, hear, and feel how an acutely sensitive and talented boy, surrounded by the rich tapestry of Elizabethan life; full of drama and pageantry, and also cruelty and danger; could have become the world's greatest playwright. A young man from the provinces—a man without wealth, connections, or university education—moves to London. In a remarkably short time he becomes the greatest playwright not just of his age but of all time. His works appeal to urban sophisticates and first-time theatergoers; he turns politics into poetry; he recklessly mingles vulgar clowning and philosophical subtlety. How is such an achievement to be explained?

Will in the World interweaves a searching account of Elizabethan England with a vivid narrative of the playwright's life. We see Shakespeare learning his craft, starting a family, and forging a career for himself in the wildly competitive London theater world, while at the same time grappling with dangerous religious and political forces that took less-agile figures to the scaffold. Above all, we never lose sight of the great works—A Midsummer Night's Dream, Romeo and Juliet, Hamlet, Macbeth, and more—that continue after four hundred years to delight and haunt audiences everywhere. The basic biographical facts of Shakespeare's life have been known for over a century, but now Stephen Greenblatt shows how this particular life history gave rise to the world's greatest writer. Bringing together little-known historical facts and little-noticed elements of Shakespeare's plays, Greenblatt makes inspired connections between the life and the works and deliver "a dazzling and subtle biography" (Richard Lacayo, Time). Readers will experience Shakespeare's vital plays again as if for the first time, but with greater understanding and appreciation of their extraordinary depth and humanity.

Stephen Greenblatt (Ph.D. Yale) is Cogan University Professor of the Humanities at Harvard University. Also General Editor of The Norton Anthology of English Literature, he is the author of eleven books, including Tyrant, The Rise and Fall of Adam and Eve: The Story that Created Us, The Swerve: How the World Became Modern (winner of the 2011 National Book Award and the 2012 Pulitzer Prize); Shakespeare's Freedom; Will in the World: How Shakespeare Became Shakespeare; Hamlet in Purgatory; Marvelous Possessions: The Wonder of the New World; Learning to Curse: Essays in Early Modern Culture; and Renaissance Self-Fashioning: From More to Shakespeare. He has edited seven collections of criticism, including Cultural Mobility: A Manifesto, and is a founding coeditor of the journal Representations. His honors include the MLA’s James Russell Lowell Prize, for both Shakespearean Negotiations: The Circulation of Social Energy in Renaissance England and The Swerve, the Sapegno Prize, the Distinguished Humanist Award from the Mellon Foundation, the Wilbur Cross Medal from the Yale University Graduate School, the William Shakespeare Award for Classical Theatre, the Erasmus Institute Prize, two Guggenheim Fellowships, and the Distinguished Teaching Award from the University of California, Berkeley. He was president of the Modern Language Association of America and is a fellow of the American Academy of Arts and Sciences, the American Philosophical Society, and the American Academy of Arts and Letters.
Loading...
or
Not Currently Available for Direct Purchase