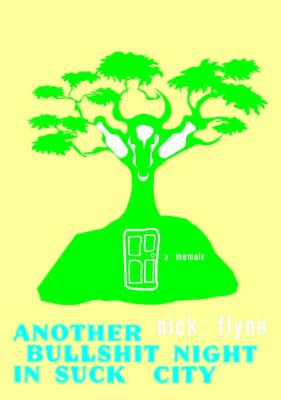 "Sometimes I'd see my father, walking past my building on his way to another nowhere. I could have given him a key, offered a piece of my floor. But if I let him inside the line between us would blur, my own slow-motion car wreck would speed up." Nick Flynn met his father for the third time when he was twenty-seven years old, working as a caseworker in a homeless shelter in Boston. As a teenager he'd received letters from this stranger, a self-proclaimed poet and con man doing time in federal prison for bank robbery. Nick, his own life precariously unsettled, was living alternately in a ramshackle boat and in a warehouse that was once a strip joint. In bold, dazzling prose, Another Bullshit Night in Suck City (a phrase Flynn senior uses to describe his life on the streets) tells the story of two lives and the trajectory that led Nick and his father into that homeless shelter, onto those streets, and finally to each other.

Nick Flynn is the author of This Is the Night Our House Will Catch Fire and three previous memoirs, including the PEN/Joyce Osterweil Award–winning Another Bullshit Night in Suck City, and four volumes of poetry. A professor on the creative writing faculty at the University of Houston, he lives in Brooklyn, New York.
Loading...
or
Not Currently Available for Direct Purchase