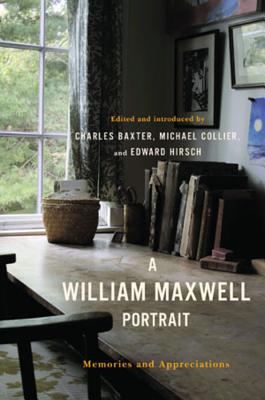 Three generations of writers celebrate a master whose life and work continue to reverberate in contemporary letters.

William Maxwell, who died in July 2000, was revered as one of the twentieth century's great American writers and a longtime fiction editor at The New Yorker. Now writers who knew Maxwell and were inspired by him—both the man and his work—offer intimate essays, most specifically written for this volume, that "bring him back to life, right there in front of us."

Alec Wilkinson writes of Maxwell as mentor; Edward Hirsch remembers him in old age; Charles Baxter illuminates the magnificent novel So Long, See You Tomorrow; Ben Cheever recalls Maxwell and his own father; Donna Tartt vividly describes Maxwell's kindness to herself as a first novelist; and Michael Collier admires him as a supreme literary correspondent. Other appreciations include insightful pieces by Alice Munro, Anthony Hecht, a poem by John Updike, and a brief tribute from Paula Fox. Ending this splendid collection is Maxwell himself, in the unpublished speech "The Writer as Illusionist."

Charles Baxter lives in Minneapolis and teaches at the University of Minnesota.

Michael Collier's The Ledge was a finalist for the Los Angeles Times Book Prize and the National Book Critics Circle Award. He teaches at the University of Maryland and is the director of the Bread Loaf Writers' Conference.

Edward Hirsch has published seven books of poems, including Special Orders. He lives in New York City.
Loading...
or support indie stores by buying on