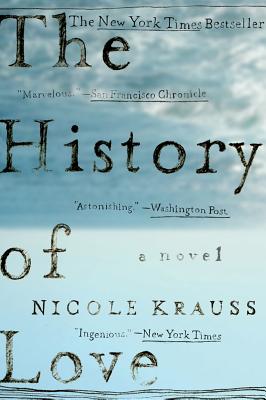 The History of Love

ONE OF THE MOST LOVED NOVELS OF THE DECADE

A long-lost book reappears, mysteriously connecting an old man searching for his son and a girl seeking a cure for her widowed mother’s loneliness.

Winner of the William Saroyan International Prize for Writing

Finalist for the Orange Prize


Leo Gursky taps his radiator each evening to let his upstairs neighbor know he’s still alive. But it wasn’t always like this: in the Polish village of his youth, he fell in love and wrote a book. . . . Sixty years later and half a world away, fourteen-year-old Alma, who was named after a character in that book, undertakes an adventure to find her namesake and save her family. With virtuosic skill and soaring imaginative power, Nicole Krauss gradually draws these stories together toward a climax of “extraordinary depth and beauty” (Newsday).


Praise For The History of Love: A Novel…

At least as heartbreaking as it is hilarious.
— Washington Post

One of the most passionate vindications of the written word in recent fiction. It takes one’s breath away.
— Spectator

It restores your faith in fiction. It restores all sorts of faith.
— Ali Smith

It’s the sort of book that makes life bearable after all.
— Miami Herald

A significant novel, genuinely one of the year’s best. Emotionally wrenching yet intellectually rigorous, idea-driven but with indelible characters and true suspense.
— New York

Nicole Krauss has been hailed by the New York Times as "one of America’s most important novelists." She is the author of Man Walks Into a Room, a finalist for the Los Angeles Times Book of the Year; The History of Love, a New York Times bestseller and winner of the Saroyan Prize for International Literature; Great House, a New York Times bestseller and finalist for the National Book Award; Forest Dark; and most recently, To Be a Man: Stories. In 2007 she was selected as one of Granta's Best Young American Novelists, and in 2010 she was chosen for the New Yorker’s ‘Twenty Under Forty’ list. Her fiction has been published in the New Yorker, Harper's, Esquire, and Best American Short Stories, and her books have been translated into more than thirty-seven languages. Nicole Krauss lives in Brooklyn, New York.
Loading...
or support indie stores by buying on