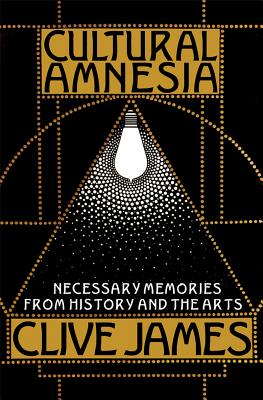 Necessary Memories from History and the Arts

Forty years in the making, a new cultural canon that celebrates truth over hypocrisy, literature over totalitarianism.

Echoing Edward Said’s belief that “Western humanism is not enough, we need a universal humanism,” the renowned critic Clive James presents here his life’s work. Containing over one hundred original essays, organized by quotations from A to Z, Cultural Amnesia illuminates, rescues, or occasionally destroys the careers of many of the greatest thinkers, humanists, musicians, artists, and philosophers of the twentieth century. In discussing, among others, Louis Armstrong, Walter Benjamin, Sigmund Freud, F. Scott Fitzgerald, Franz Kafka, Marcel Proust, and Ludwig Wittgenstein, James writes, “If the humanism that makes civilization civilized is to be preserved into the new century, it will need advocates. These advocates will need a memory, and part of that memory will need to be of an age in which they were not yet alive.” Soaring to Montaigne-like heights, Cultural Amnesia is precisely the book to burnish these memories of a Western civilization that James fears is nearly lost.