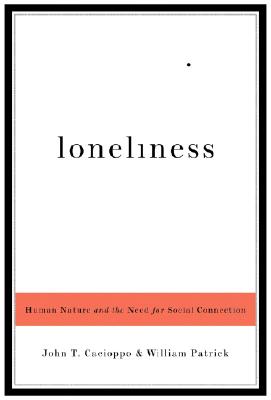 A pioneering neuroscientist reveals the reasons for loneliness and what to do about it.

John T. Cacioppo’s groundbreaking research topples one of the pillars of modern medicine and psychology: the focus on the individual as the unit of inquiry. By employing brain scans, monitoring blood pressure, and analyzing immune function, he demonstrates the overpowering influence of social context—a factor so strong that it can alter DNA replication. He defines an unrecognized syndrome—chronic loneliness—brings it out of the shadow of its cousin depression, and shows how this subjective sense of social isolation uniquely disrupts our perceptions, behavior, and physiology, becoming a trap that not only reinforces isolation but can also lead to early death. He gives the lie to the Hobbesian view of human nature as a “war of all against all,” and he shows how social cooperation is, in fact, humanity’s defining characteristic. Most important, he shows how we can break the trap of isolation for our benefit both as individuals and as a society.

John T. Cacioppo (1951—2018) was a psychology professor at the University of Chicago and director of the university’s Center for Cognitive and Social Neuroscience. He was the author of more than a dozen books, including Loneliness: Human Nature and the Need for Social Connections.

William Patrick, former editor for science and medicine at Harvard University Press, is editor in chief of the Journal of Life Sciences. He lives in Ipswich, Massachusetts.
or
Not Currently Available for Direct Purchase