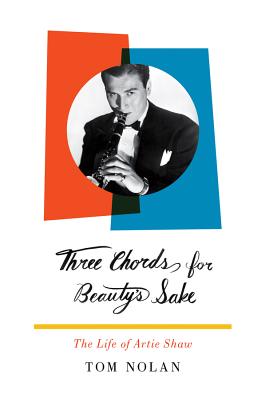 The Life of Artie Shaw

For his centennial, an indispensable biography of Artie Shaw, the legendary big-band leader, virtuoso clarinetist, and renegade in music and romance.

During America’s Swing Era, no musician was more successful or controversial than Artie Shaw: the charismatic and opinionated clarinetist-bandleader whose dozens of hits became anthems for “the greatest generation.” But some of his most beautiful recordings were not issued until decades after he’d left the scene. He broke racial barriers by hiring African American musicians. His frequent “retirements” earned him a reputation as the Hamlet of jazz. And he quit playing for good at the height of his powers. The handsome Shaw had seven wives (including Lana Turner and Ava Gardner). Inveterate reader and author of three books, he befriended the best-known writers of his time.

Tom Nolan, who interviewed Shaw between 1990 and his death in 2004 and spoke with one hundred of his colleagues and contemporaries, captures Shaw and his era with candor and sympathy, bringing the master to vivid life and restoring him to his rightful place in jazz history.

Praise For Three Chords for Beauty's Sake: The Life of Artie Shaw…

[F]ollows Shaw’s various zigzags with aplomb, and Nolan shifts gears adeptly in pursuit of his subject. The book is well paced and never lags, while the author addresses everything from litigation to personal rivalries with fairness and a deft touch.
— Ted Gioia - San Francisco Chronicle

Every great artist deserves a great biography, and Swing Era bandleader and clarinetist Artie Shaw finally has one… Nolan has crafted a well-written, highly entertaining, and informative biography.
— Library Journal

Enthralling… [Nolan] gives the satisfactions of a true rags-to-riches story, complete with the spice of glamorous marriages and flings (with Lee Wiley, Lana Turner, Ava Gardner, etc.), and plausibly accounts for Shaw’s huge character faults without
obscuring his charm and prodigious talent.
— Booklist

Tom Nolan has a great story to tell and he knows precisely how to tell it, fast and deadpan, abetted by the irascible Shaw himself—a serial husband, detached father, and full time autodidact who may have been the finest clarinet virtuoso of all time.
— Gary Giddins, author of Warning Shadows and Bing Crosby: A Pocketful of Dreams

[A]t last, the lively, continually imaginative life of the most creative clarinetist in jazz history and an orchestra leader who not only produced hits but also new dimensions of this music.
— Nat Hentoff, author of At the Jazz Band Ball: Sixty Years at the Jazz Scene

In this riveting biography, Tom Nolan recovers the genius, the legend, the ego and blocked emotions of an enigmatic American icon.
— Kevin Starr, University of Southern California

Tom Nolan, the author of the critically acclaimed and Edgar Award–nominated Ross Macdonald: A Biography, is a frequent contributor to the Wall Street Journal’s Leisure & Arts page. He lives in Los Angeles, California.
Loading...
or
Not Currently Available for Direct Purchase