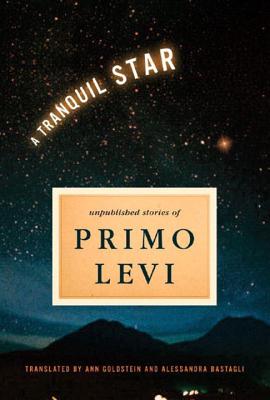 A Tranquil Star, the first new American collection of Primo Levi previously untranslated fiction to appear since 1990, affirms his position as one of the twentieth century's most enduring writers.

These seventeen stories, first published in Italian between 1949 and 1986, demonstrate Levi's extraordinary range, taking the reader from the primal resistance of a captured partisan fighter to a middle-aged chemist experimenting with a new paint that wards off evil, to the lustful thoughts of an older man obsessed with a mysterious woman in a seaside villa. In the title story, Levi demonstrates his unerringly tragic understanding of the fragility of the universe through the tale of a pensive astronomer, terrified by the possibility that a long-dormant star might explode and reduce the entire planet to vapor. This remarkable new collection affirms Italo Calvino's conviction that Levi was "one of the most important and gifted writers of our time."

Alessandra Bastagli is the translator of Primo Levi's stories in A Tranquil Star and his essays in The Complete Works. She lives in New York.
Loading...
or
Not Currently Available for Direct Purchase