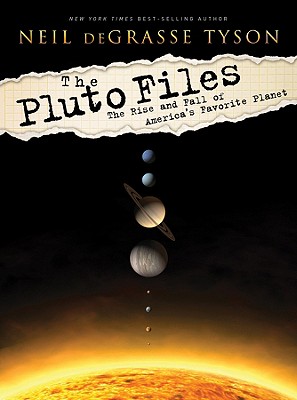 The Rise and Fall of America's Favorite Planet

In August 2006, the International Astronomical Union voted Pluto out of planethood. Far from the sun, wonder Pluto has any fans. Yet during the mounting debate over rallied behind the extraterrestrial underdog. Disney created an irresistible pup by the same name, and, as one NASA scientist put it, Pluto was "discovered by an American for America." Pluto is entrenched in our cultural, patriotic view of the cosmos, and Neil deGrasse Tyson is on a quest to discover why.

Only Tyson can tell this story: he was involved in the first exhibits to demote Pluto, and, consequently, Pluto lovers have freely shared their opinions with him, including endless hate mail from third graders. In his typically witty way, Tyson explores the history of planet recently been judged a dwarf.

Neil deGrasse Tyson is an astrophysicist with the American Museum of Natural History, host of the hit radio and Emmy-nominated TV show StarTalk, and the New York Times best-selling author of Astrophysics for People in a Hurry and Accessory to War: The Unspoken Alliance Between Astrophysics and the Military. He lives in New York City.
or
Not Currently Available for Direct Purchase
Copyright © 2020 American Booksellers Association