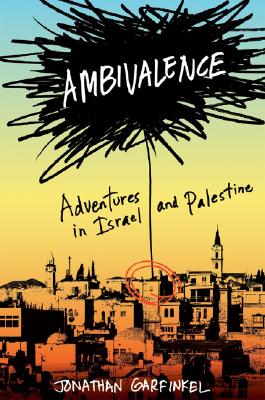 Adventures in Israel and Palestine

Jonathan Garfinkel can’t make up his mind—not about his girlfriend, or Judaism, or Israel. After hearing about a house in Jerusalem where Jews and Arabs coexist in peace, he decides it’s time to venture there. In Israel, nothing is as he imagined it, and nothing is as he was taught. Garfinkel gives us the people behind the headlines: from secret assignations with Palestinian activists and an uninvited visit at an Arab refugee camp to Passover with Orthodox Jewish friends and finding the truth about the mythic coexistence house, Ambivalence is the provocative, surreal, and often hilarious chronicle of his travels. In this part memoir and part quest, Garfinkel struggles with the growing divisions in a troubled region and with the divide in his soul. “Marvelous. Garfinkel deftly mines what it means to simultaneously belong, disavow, love, and loathe an identity, a culture, and a history.... A must-read.”—David Rakoff

Jonathan Garfinkel is a celebrated poet and play wright. He lives in Toronto. This is his first work of nonfiction.
Loading...
or
Not Currently Available for Direct Purchase