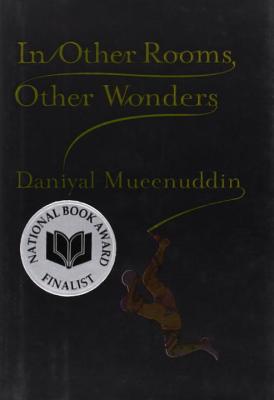 In Other Rooms, Other Wonders

Finalist for the 2009 National Book Award in Fiction and the 2009 Los Angeles Times Art Seidenbaum Award for First Fiction: a major literary debut that explores class, culture, power, and desire among the ruling and servant classes of Pakistan.

Passing from the mannered drawing rooms of Pakistan’s cities to the harsh mud villages beyond, Daniyal Mueenuddin’s linked stories describe the interwoven lives of an aging feudal landowner, his servants and managers, and his extended family, industrialists who have lost touch with the land. In the spirit of Joyce’s Dubliners and Turgenev’s A Sportsman’s Sketches, these stories comprehensively illuminate a world, describing members of parliament and farm workers, Islamabad society girls and desperate servant women. A hard-driven politician at the height of his powers falls critically ill and seeks to perpetuate his legacy; a girl from a declining Lahori family becomes a wealthy relative’s mistress, thinking there will be no cost; an electrician confronts a violent assailant in order to protect his most valuable possession; a maidservant who advances herself through sexual favors unexpectedly falls in love.

Together the stories in In Other Rooms, Other Wonders make up a vivid portrait of feudal Pakistan, describing the advantages and constraints of social station, the dissolution of old ways, and the shock of change. Refined, sensuous, by turn humorous, elegiac, and tragic, Mueenuddin evokes the complexities of the Pakistani feudal order as it is undermined and transformed.

Praise For In Other Rooms, Other Wonders…

Daniyal Mueenuddin takes us into a sumptuously created world, peopled with characters who are both irresistible and compellingly human. His stories unfold with the authenticity and resolute momentum of timeless classics.
— Manil Suri

A stunning achievement....Such is its the page.
— Mohsin Hamid, author of The Reluctant Fundamentalist

Under Daniyal Mueenuddin's gaze, Pakistan is lit up as though by a lightning flash, clear, sharp-edged. This is a debut as auspicious as something arresting, beautiful, or wise (as opposed to clever) on every single page. I can remarkable, I admire it so deeply.
— Nadeem Aslam

Daniyal Mueenuddin was brought up in Lahore, Pakistan and Elroy, Wisconsin. A graduate of Dartmouth College and Yale Law School, his stories have appeared in The New Yorker, Granta, Zoetrope, The Best American Short Stories 2008, selected by Salman Rushdie, and PEN/O. Henry Prize Stories 2010. For a number of years he practiced law in New York. He now lives on a farm in Pakistan’s southern Punjab.
Loading...
or
Not Currently Available for Direct Purchase