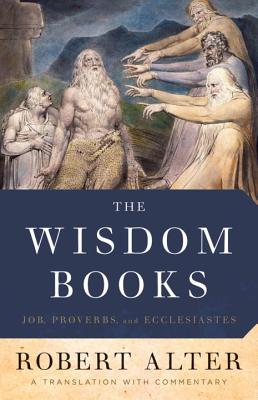 Job, Proverbs, and Ecclesiastes: A Translation with Commentary

A magnificent new volume in Robert Alter’s award-winning, landmark translation of and commentary on the Hebrew Bible.

Here, in Robert Alter’s bold new translation, are some of the most magnificent works in world literature. The astounding poetry in the Book of Job is restored to its powerful ancient meanings and rhythms. The account of creation in its Voice from the Whirlwind is beautiful and incendiary—an unforgettable challenge to the place of man in the universe. The serene fatalism that construes life as ephemeral and without purpose suffuses Ecclesiastes with a quiet beauty. The pithy maxims of Proverbs impart a worldly wisdom that is still sound and satirically shrewd.

Each of these books conveys and undermines the universal wisdom that the righteous thrive and the wicked suffer in a rational moral order; together they are essential to the ancient canon that is the Hebrew Bible. In Alter’s translation they regain the energy and force of the original, enhancing their ongoing relevance to the lives of modern readers.

Robert Alter's translation of the Hebrew Bible, the magnificent capstone to a lifetime of distinguished scholarly work, has won the PEN Center Literary Award for Translation. His immense achievements in scholarship ranging from the eighteenth-century European novel to contemporary Hebrew and American literature earned Alter the Robert Kirsch Award for Lifetime Achievement from the Los Angeles Times. A member of the American Academy of Arts and Sciences and the American Philosophical Society, Alter is the Class of 1937 Professor of Hebrew and Comparative Literature at the University of California, Berkeley.
Loading...
or
Not Currently Available for Direct Purchase