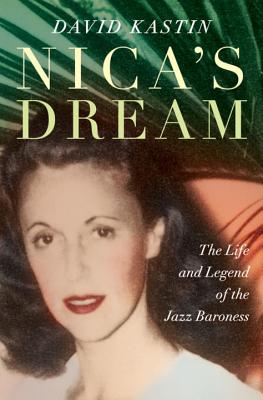 The Life and Legend of the Jazz Baroness

The first biography of the legendary Rothschild heiress who reigned as New York’s “Jazz Baroness.”

It’s a misty night in 1950s New York. A silver Rolls-Royce screeches to a stop at the neon-lit doorway of a 52nd Street jazz club. Behind the wheel is a glamorous brunette, a chinchilla stole draped over her shoulder and a long cigarette holder clinched in her teeth. After taking a pull from a small silver flask, she glides past the bouncer into the murky depths of the Three Deuces. The Jazz Baroness has arrived.

Raised in fairy-tale splendor, Kathleen Annie Pannonica Rothschild de Koenigswarter (known as “Nica”) piloted her own plane across the English Channel, married a French baron, fought in the French Resistance, and had five children. Then she heard a recording of Thelonious Monk’s “Round Midnight.” Inspired by the liberating spirit of jazz, Nica left her family, moved to Manhattan, and began haunting the city’s nightclubs.

The tabloids first splashed her name across the headlines after Charlie Parker died in her hotel suite—a scandal that cast a dark shadow over the rest of her life. She retreated from the public eye, but through her ongoing ministrations to Monk and dozens of other musicians she became a legend. Nearly a score of jazz compositions have been written in her honor, including two of the most beloved classics of the genre: Horace Silver’s “Nica’s Dream” and Monk’s “Pannonica.”

Nica’s Dream traces the story of a fascinating woman across her thirty-year reign as the Jazz Baroness, but it also explores a transformative era in twentieth-century American culture. Based on interviews with musicians, family members, historians, and artists, David Kastin’s probing biography unwraps the life of this enigmatic figure and evokes the vibrancy of New York during the birth of bebop, the first stirrings of the Beat Generation, and the advent of abstract expressionism.

Music historian and educator David Kastin is the author of I Hear America Singing. His work has appeared in DownBeat, the Village Voice, and the Da Capo Best Music Writing series. He lives in Brooklyn, New York.
Loading...
or
Not Currently Available for Direct Purchase