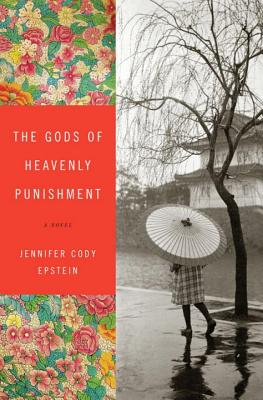 The Gods of Heavenly Punishment

A lush, exquisitely rendered meditation on war, The Gods of Heavenly Punishment tells the story of several families, American and Japanese, their loves and infidelities, their dreams and losses, and how they are all connected by one of the most devastating acts of war in human history.

In this evocative and thrilling epic novel, fifteen-year-old Yoshi Kobayashi, child of Japan’s New Empire, daughter of an ardent expansionist and a mother with a haunting past, is on her way home on a March night when American bombers shower her city with napalm—an attack that leaves one hundred thousand dead within hours and half the city in ashen ruins. In the days that follow, Yoshi’s old life will blur beyond recognition, leading her to a new world marked by destruction and shaped by those considered the enemy: Cam, a downed bomber pilot taken prisoner by the Imperial Japanese Army; Anton, a gifted architect who helped modernize Tokyo’s prewar skyline but is now charged with destroying it; and Billy, an Occupation soldier who arrives in the blackened city with a dark secret of his own. Directly or indirectly, each will shape Yoshi’s journey as she seeks safety, love, and redemption.


Praise For The Gods of Heavenly Punishment: A Novel…

The Gods of Heavenly Punishment is a page-turner thanks to its high-stakes adventure, torrid love affairs and characters so real they seem to follow you around. And in the end, this gripping novel asks us not just to consider a lost chapter of a famous war but also to explore what it means to be lucky—and what it means to be loved.

The Gods of Heavenly Punishment showcases war's bitter ironies as well as its romantic serendipities.

An epic novel about a young Japanese girl during World War II underscores the far-reaching impact that the decisions of others can have.
— Kirkus Reviews

Jennifer Cody Epstein’s triumphant second novel is a big, visceral, achingly humane portrait of wartime Japan and several Americans charged with building and destroying it. The sweep of Epstein’s vision is matched by her empathetic attention to the smallest details in the lives of the people who inhabit it.
— Jennifer Egan, author of A Visit from the Goon Squad

Jennifer Cody Epstein depicts the firebombing of Tokyo and concurrent events in unflinching but delicately rendered detail. Immaculately researched and deeply imagined, this is an astonishing novel whose battles and intimate encounters alike carry the force of electric jolt. I have never read anything else like it.
— Angela Davis-Gardner, author of Butterfly's Child

I dare you to read this and not be swept up. The Gods of Heavenly Punishment is shocking and delicate in equal measure.

— Debra Dean, author of The Mirrored World and The Madonnas of Leningrad

Beautifully researched and evoked, The Gods of Heavenly Punishment brings to haunting, dramatic life one of the most destructive acts of warfare ever perpetrated. In its passion and sweep, this lovely book does artful justice to the profound, contradictory connections between victims and victors, public histories and private lives.

— John Burnham Schwartz, author of The Commoner and Reservation Road

With the drama and sweep of The English Patient and a rich, painterly sensibility all her own, Jennifer Cody Epstein has created an indelible portrait of the war in the Pacific, seen through the eyes of six characters whose stories will haunt you long after the final brush stroke.

Jennifer Cody Epstein is the author of the international best-selling novel The Painter from Shanghai, The Gods of Heavenly Punishment (the 2013 Asian/Pacific American Librarians Association adult fiction honor recipient), and most recently, Wunderland. She has written for the Wall Street Journal, Vogue, Self, Mademoiselle, and others. Epstein earned her MFA in fiction from Columbia University and an MA in international affairs from the Johns Hopkins School of Advanced International Studies. She lives in Brooklyn with her husband and two daughters.
Loading...
or
Not Currently Available for Direct Purchase