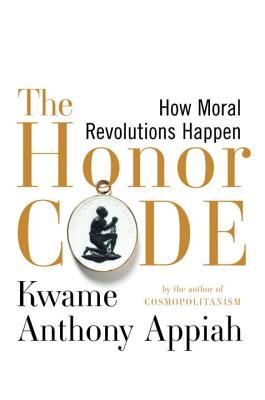 In this landmark work, a leading philosopher demonstrates the revolutionary power of honor in ending human suffering.

Long neglected as an engine of reform, honor strikingly emerges at the center of our modern world in Kwame Anthony Appiah's The Honor Code. Over the last few centuries, new democratic movements have led to the emancipation of women, slaves, and the oppressed. But what drove these modern changes, Appiah argues, was not imposing legislation from above, but harnessing the ancient power of honor from within. In gripping detail, he explores the end of the duel in aristocratic England, the tumultuous struggles over footbinding in nineteenth-century China, and the uprising of ordinary people against Atlantic slavery. Finally, he confronts the horrors of "honor killing" in contemporary Pakistan, where rape victims are murdered by their relatives. He argues that honor, used to justify the practice, can also be the most effective weapon against it. Intertwining philosophy and historical narrative, Appiah has created a remarkably dramatic work, which demonstrates that honor is the driving force in the struggle against man's inhumanity to man.


Praise For The Honor Code: How Moral Revolutions Happen…

Appiah is one of the most relevant philosophers today.... His work
reveals the heart and sensitivity of a novelist.. He helps us think
holistically before turning analytic... Fascinating, erudite, and
beautifully written.
— The New York Times Book Review

How stimulating it is to read the remarkable research of a brilliant mind into the concept of honor as the origin of morality as we know it, practiced or not!... This book is essential for us—inescapable in its urgent relevance to the embattled human morality we live within our codes of the present.
— Nadine Gordimer, author of Telling Times

Appiah lays out a concept that is not only compelling in its own right but also suggests a connection that may in time help to collate biological and cultural exploration of human morality.
— Edward O. Wilson, author of Sociobiology

A deeply insightful exposition of the dangers, the potential and the (perhaps) ineradicable role of the human sense of honor.
— Charles Taylor, Professor Emeritus of Philosophy, McGill University

Kwame Anthony Appiah pens the Ethicist column for the New York Times, and is the author of the prize-winning Cosmopolitanism, among many other works. A professor of philosophy and law at New York University, Appiah lives in New York.