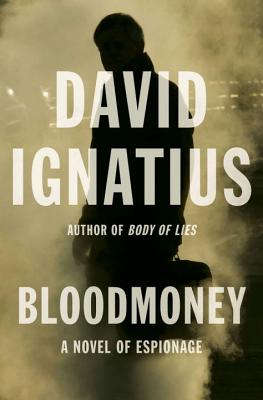 A Novel of Espionage

From the author of the best-selling Body of Lies and The Increment: in a tragedy of revenge, the CIA falls victim to its own daring operation in the Middle East.

Someone in Pakistan is killing the members of a new CIA intelligence unit that is trying to buy peace with America's enemies. It falls to Sophie Marx, a young CIA officer with a big chip on her shoulder, to figure out who's doing the killing and why. Her starting point is Alphabet Capital, the London hedge fund that has been providing cover for this secret operation, but the investigation soon widens to include the capitals of the Middle East and the cruel hills of South Waziristan.

Sophie thinks she has the backing of her hard-nosed boss, Jeffrey Gertz, and his genial mentor at headquarters, Cyril Hoffman. In addition, she gets help from the well-mannered lieutenant general heading Pakistan's Inter-Services Intelligence Directorate. But the closer Sophie gets to her quarry, the more she realizes that nothing in this gallery of mirrors is quite what it seems. This is a theater of violence and retribution, in which the last act is one that Sophie could not have imagined.

David Ignatius has written a disturbing and compelling novel where the price of unchecked government is paid in blood, and peace can be bought only through betrayal.

Praise For Bloodmoney: A Novel of Espionage…

Starred Review. [C]ontinues his series of top-notch CIA thrillers with this fast-paced new entry….  Ignatius writes with authority and skill about a shadow world in which nothing is as it seems and money is power. This may be fiction, but in the end the reader will be struck by how feasible the story really is.... A terrific, believable novel about the intersection of politics, ethics and finance.
— Kirkus Reviews

In addition to being a solid page-turner, [Bloodmoney] offers intriguing characters, a complicated but skillfully explicated plot and a nuanced view of Pashtun tribal culture often at odds with the larger Punjabi population. And as with all of Ignatius’ fiction, readers attuned to current events may wonder if he knows things most Americans don’t.

David Ignatius is a prize-winning columnist for the Washington Post and has been covering the Middle East and the CIA for four decades. He has written several New York Times bestsellers, most recently The Director. He lives in Washington, DC.
Loading...
or
Not Currently Available for Direct Purchase