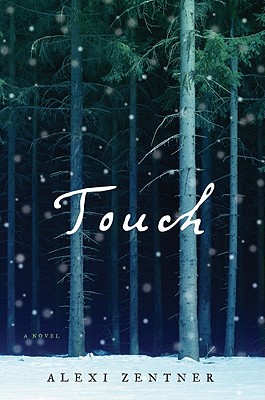 "A sublime haunting, a ripping yarn, and a killer debut."—J. Robert Lennon

In Sawgamet, a north woods boomtown gone bust, the cold of winter breaks the glass of the schoolhouse thermometer, and the dangers of working in the cuts are overshadowed by the mysteries and magic lurking in the woods. Stephen, a pastor, is at home on the eve of his mother's funeral, thirty years after the mythic summer his grandfather returned to the town in search of his beloved but long-dead wife. And like his grandfather, Stephen is forced to confront the losses of his past.

Touch introduces you to a world where monsters and witches oppose singing dogs and golden caribou, where the living and the dead part and meet again in the crippling beauty of winter and the surreal haze of summer.

Alexi Zentner is the author of The Lobster Kings and Touch, which was published in a dozen countries. His fiction has been featured in The Atlantic and Tin House. He lives in Ithaca, New York, with his family.
Loading...
or
Not Currently Available for Direct Purchase