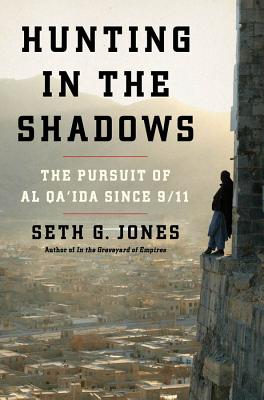 Hunting in the Shadows

From one of our most trusted counterterrorism experts, a sweeping, insider's account of the decade-long chase for America's deadliest enemy.

This comprehensive, landmark history chronicles our ongoing battle against al-Qa’ida, the greatest threat the West has faced in the modern era. An internationally recognized authority on terrorism and counterinsurgency, Seth G. Jones presents a dramatic narrative of the on-the-ground police work; the elaborate, multiyear investigations led by the CIA, FBI, and Britain’s MI5; and the shifting and deadly alliances between terrorist groups that have characterized the conflict. With gripping detail he recounts the against-the-clock hunt for the Times Square bomber and reveals startling information about Osama bin Laden’s behavior during his final days. Drawing on recently declassified documents and court materials, transcripts of wiretapped conversations, and interviews with current and former government officials from the United States and key allies, Jones navigates the “waves” (al Qa’ida attacks) and “reverse waves” (successful efforts to disrupt al’Qa’ida), explaining how we might analyze past patterns in order to successfully counter al Qa’ida and its allies in the future.


Praise For Hunting in the Shadows: The Pursuit of al Qa'ida since 9/11…

A chronological, historical walk-through of successive waves of al-Qaeda terrorism from 1998 to the present…. The author ably organizes all the pieces of the puzzle regarding successive terrorist attacks, fleshing out the numerous personalities involved, … and establishing excellent perspective on the amorphous nature of the enemy and the dissention from within. … From a knowledgeable guide, a thoughtful study of the pattern of violence and response.
— Kirkus Reviews

Seth Jones is a gifted writer and scholar. His research, attention to detail and narrative skills make Hunting in the Shadows essential reading. At a time of public uncertainty about where the war against Al Qaeda is going, here is a reliable, compelling map, rich with new information.

— Steve Coll, Author of The Secret History of the CIA, Afghanistan, and Bin Laden, from the Soviet Invasion to September 10, 2001

Seth Jones has produced a masterpiece, pulling together a fragmented and little-known sequence of events into a coherent, and highly readable account. His ‘wave and counter-wave’ framework helps make sense of complex patterns, and his analysis is likely to stand the test of time. This book is a must-read for anyone interested in current events or in the future of conflict.
— David Kilcullen, author of The Accidental Guerilla

The best researched study of al Qaeda’s plots, both successful and foiled, to attack America and its allies since 911. A critical account essential to understanding how the threat is evolving.
— Bruce Riedel, former CIA officer and senior advisor to three U.S. presidents on the Middle East and South Asia (also senior fellow at the Brookings Institution)

Seth Jones was called to the war zones by commanders of special operations forces to advise them on the nuances of the places, people and events of high importance in our pursuit of terrorists. Hunting in the Shadows is a clear and engaging account that draws on Seth’s long experience in the region - a truly valuable work by a uniquely knowledgeable and talented writer.

Hunting in the Shadows is a well-documented and perceptive look into the shadowy world of Al-Qaeda since 9/11, and a clear-headed assessment of how effective the War on Terror has been in containing it. This book is an important contribution to public debate on America's security and how best achieve it in a changing Muslim world.

— Vali Nasr, Author of The Rise of Islamic Capitalism: Why the New Muslim Middle Class is the Key to Defeating Extremism

Seth G. Jones is the senior vice president, Harold Brown Chair, and director of the International Security Program at the Center for Strategic and International Studies (CSIS), as well as the author of Three Dangerous Men, A Covert Action, In the Graveyard of Empires, and Hunting in the Shadows. He lives outside of Washington, DC.
Loading...
or
Not Currently Available for Direct Purchase