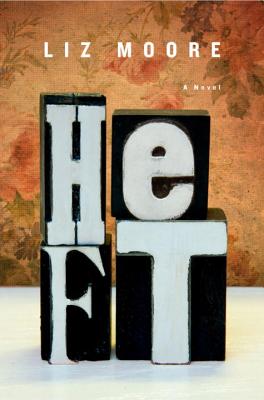 A heartwarming novel about larger-than-life characters and second chances.

Former academic Arthur Opp weighs 550 pounds and hasn't left his rambling Brooklyn home in a decade. Twenty miles away, in Yonkers, seventeen-year-old Kel Keller navigates life as the poor kid in a rich school and pins his hopes on what seems like a promising baseball career—if he can untangle himself from his family drama. The link between this unlikely pair is Kel’s mother, Charlene, a former student of Arthur’s. After nearly two decades of silence, it is Charlene’s unexpected phone call to Arthur—a plea for help—that jostles them into action. Through Arthur and Kel’s own quirky and lovable voices, Heft tells the winning story of two improbable heroes whose sudden connection transforms both their lives. Like Elizabeth McCracken’s The Giant’s House, Heft is a novel about love and family found in the most unexpected places.


Praise For Heft: A Novel…

Arthur Opp is heartbreaking. A 58-year old former professor of literature, he weighs 550 lbs., hasn’t left his Brooklyn apartment in years and is acutely attuned to both the painful and analgesic dimensions of his self-imposed solitude. Kel Keller, a handsome and popular high school athlete whose mother drinks too much to take care of him or even herself, faces his own wrenching struggles. The pair, apparently connected only by a slender thread, at first seem unlikely as co-narrators and protagonists of this novel, but they both become genuine heroes as their separate journeys through loneliness finally intersect. Though Moore’s narrative is often deeply sad, it is never maudlin. She writes with compassion and emotional insight but resists sentimentality , briskly moving her plot forward, building suspense and empathy. Most impressive is her ability to thoroughly inhabit the minds of Arthur and Kel; these are robust, complex characters to champion, not pity. The single word of the title is obviously a reference to Arthur’s morbid obesity, but it also alludes to the weight of true feelings and the courage needed to confront them. Heft leads to hope.

A suspenseful, restorative novel from one of our fine young voices.
— Colum McCann

Heft is a work that radiantly combines compassion and a clear eyed vision. This is a novel of rare originality and sophistication.

[W]hen you've finished and returned Heft to the library or lent it to a friend or archived it on your e-reader, you'll find yourself missing having the characters around. You'll wonder, while you're waiting for the light to change or kneading bread dough, what happened next. ...Moore [has] created characters that I'll probably never forget.