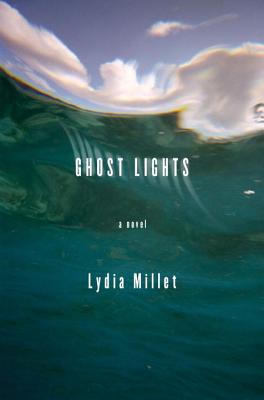 A funny and haunting new novel from "one of the most acclaimed novelists of her generation" (Los Angeles Times).

Hal is a mild-mannered IRS bureaucrat who suspects that his wife is cheating with her younger, more virile coworker. At a drunken dinner party, Hal volunteers to fly to Belize in search of Susan's employer, T.—the protagonist of Lydia Millet's much-lauded novel How the Dead Dream—who has vanished in a tropical jungle, initiating a darkly humorous descent into strange and unpredictable terrain.

Salon raved that Millet's "writing is always flawlessly beautiful, reaching for an experience that precedes language itself." In Ghost Lights, she combines her characteristic wit and a sharp eye for the weirdness that governs human (and nonhuman) interactions. With the scathing satire and tender honesty of Sam Lipsyte and a dark, quirky, absurdist style reminiscent of Joy Williams, Millet has created a comic, startling, and surprisingly philosophical story about idealism and disillusionment, home and not home, and the singular, heartbreaking devotion of parenthood.

Praise For Ghost Lights: A Novel…

[Lydia Millet] takes aim at the metaphysical jugular...her gorgeous narration...exists in some extraordinary place, at once discursive, editorial, and ruminative…. If literature can under the best circumstances transport, then Millet's extraordinary vision brings us in on the float.
— Minna Proctor

At her best [Millet] exhibits the sweep and Pop-Art lyricism of Don DeLillo, the satiric acerbity of Kurt Vonnegut, the everyday-cum-surrealism harmonics of Haruki Murakami, and the muted-moral outrage of Joy Williams… Strange, alternately quirky, and profound… Millet is operating at a high level in Ghost Lights, and the book provides a fascinating glimpse of what can happen if the self’s rhythms and certainties are shaken. We should be grateful that such an interesting writer has turned her attention to this rich, terrifying subject.

...surreal, darkly hilarious and profound… With its linguistic and plot pranks and underlying moral complexity, Ghost Lights recalls the laconic, Lacanian novels of Paul Auster. Like Auster, Millet presents a disoriented postmodern hero who becomes a willing but only marginally competent detective in a mystery that requires a series of absurd divagations leading to a life-changing or life-threatening existential inquiry.

[A] whip-smart, funny novel…. A yarn about marriage, fatherhood, and idealism, its every page idiosyncratically entertaining, amusing, and insightful. Millet proves she might have Jonathan Franzen beat at expertly mixing the political and domestic.

Can it be a coincidence that this year — when the issue of taxes has become an abyss that both divides and conquers our national government — we also have two new books about IRS workers by important novelists of ideas? The first, of course, is David Foster Wallace’s posthumously published The Pale King.... The second is Lydia Millet’s new novel, Ghost Lights....

...Millet is seldom compared to J.M Coetzee, who seems an obvious and fruitful influence on...Ghost Lights.... Their prose has a similar, lovely stillness, and both portray characters nudged beyond typical human navel-gazing....

Millet is that rare writer of ideas who can turn a ruminative passage into something deeply personal. She can also be wickedly funny, most often at the expense of the unexamined life.
— Tricia Springstubb

Lydia Millet has won awards from PEN Center USA and the American Academy of Arts and Letters. Her books have been shortlisted for the Pulitzer Prize and National Book Critics Circle Award and longlisted for the National Book Award. She lives outside Tucson, Arizona.
Loading...
or
Not Currently Available for Direct Purchase