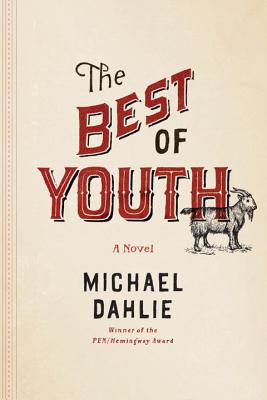 The Best of Youth

What happens when an introverted young writer takes on a ghostwriting gig for a violent, drug-addicted Hollywood star? In the case of Henry Lang, the result is a string of outrageous disasters, but disasters that are ultimately hilarious, gripping, and deeply moving.

When twenty-something Henry Lang loses his parents in a sailing accident, he’s left entirely alone in the world but also with an inheritance of fifteen million bucks. He decides to head to Brooklyn to immerse himself in the place he’s quite sure is the absolute heart of American youth culture to try and make it as a writer and editor at a young upstart literary magazine. He hopes to fall in love too.


Unfortunately, Henry soon finds himself navigating increasingly baffling social difficulties with both women and work, eventually leading him to near ruin when he’s hired to ghostwrite a young adult novel. Henry’s integrity and entire fortune are on the line, and no one is sure if he can rescue either.

By turns uproarious and tragic, The Best of Youth is a brilliant comedy of manners, introducing us to a surprising modern-day hero for an age where the mean-spirited and the famous triumph all too often.

Praise For The Best of Youth: A Novel…

The Best of Youth is what Jane Austen would write if she were here, now, inhabiting a brilliant, self-conscious young writer who'd just been orphaned and inherited 15 million dollars. This witty, romantic, and irresistible story is a surefire antidote to anyone's modern malaise.

— Hillary Jordan, author of When She Woke

I raced through Michael Dahlie's The Best of Youth, which tumbles headlong through the calamities of a hapless young Brooklynite—it's funny, moving, and genially moral, a cautionary tale about inherited wealth and a deadpan comic novel about growing up.

— Maile Meloy, author of Both Ways Is the Only Way I Want It

Seriously funny. Intensely human. Reminds us that we can be fallible—even ridiculous—and still manage to find dignity, goodness, and courage deep down inside. I loved this book.
— Matthew Quick, author of The Silver Linings Playbook

Michael Dahlie writes the way Cary Grant used to act, that is, with a seeming effortlessness and grace that is truly maddening to those of us who know how difficult it is. The Best of Youth, his fine new novel, is another infuriating case in point.

Can a person be too good-natured for his own good? This is the question Michael Dahlie asks in The Best of Youth, his sly, thoroughly engaging novel about love, literature, and the strange ways of Brooklyn hipsters. Dahlie is a wonderful writer, with a keen eye for the ridiculous and a deep affection for his well-intentioned but sometimes clueless protagonist.

Michael Dahlie is the author of The Best of Youth and A Gentleman’s Guide to Graceful Living, winner of the 2009 PEN/Hemingway Award, and he received a Whiting Award in 2010. He is an Associate Professor in Butler University’s English Department and MFA Program and he directs the Mont Blanc Writing Seminars, held every June in Chamonix, France. He lives in Indianapolis.
Loading...
or support indie stores by buying on