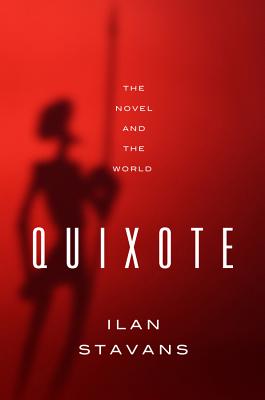 The Novel and the World

A groundbreaking cultural history of the most influential, most frequently translated, and most imitated novel in the world.

The year 2015 marks the four hundredth anniversary of the publication of the complete Don Quixote of La Mancha—an ageless masterpiece that has proven unusually fertile and endlessly adaptable. Flaubert was inspired to turn Emma Bovary into “a knight in skirts.” Freud studied Quixote’s psyche. Mark Twain was fascinated by it, as were Kafka, Picasso, Nabokov, Borges, and Orson Welles. The novel has spawned ballets and operas, poems and plays, movies and video games, and even shapes the identities of entire nations. Spain uses it as a sort of constitution and travel guide; and the Americas were conquered, then sought their independence, with the knight as a role model.

In Quixote, Ilan Stavans, one of today’s preeminent cultural commentators, explores these many manifestations. Training his eye on the tumultuous struggle between logic and dreams, he reveals the ways in which a work of literature is a living thing that influences and is influenced by the world around it.


Praise For Quixote: The Novel and the World…

This enjoyable book, a fast and fun read, informs us deeply about [Don Quixote]. As such, it is a model work of criticism. It sends us back to the original work, eager and informed and moved to reread it or read it for the first time.
— Tim Redman - Dallas Morning News

Bold, imaginative, and deeply learned…. Stavans, one of our most gifted scholars of Hispanic literature, has arrived to narrate the tale of how modernity was birthed amid the whirl of windmills and all those chasing them.
— Henry Louis Gates Jr., Alphonse Fletcher University Professor, Harvard University

Stavans brings infectious enthusiasm and penetrating scholarship to this lively investigation of a grand novel and its readers.
— Kirkus Reviews

If, like me, you live with the guilt of not having read Don Quixote of La Mancha, this delightful romp will inspire you to act. It is a splendid work of historiography that looks at the knight’s influence on just about everything—including the Muppets. Ilan Stavans delivers another keen-eyed, delightful tour de force.

Ilan Stavans, like Cervantes, tells stories of errantry: of his own travels with and through the book, of El Quijote’s journey across and around the world, of the characters’ voyages through the imaginations of creators and re-creators. The result is as engaging, funny, readable, and illuminating as the book it’s about: an idiosyncratic yet amazingly comprehensive companion, which all readers of El Quijote will want.
— Felipe Fernández-Armesto, author of Millennium: A History of Our Last Thousand Years and 1492: The Year the World Began

A masterly history of Don Quixote that approaches the book from multiple angles: literary, historical, cultural, linguistic, and personal. Ilan Stavans has given us a compelling, readable, and often humorous portrait of the book and its author.
— Laila Lalami, author of The Moor’s Account

In this sparkling narrative, Ilan Stavans takes us on an exploration of a novel he reveres…. A fascinating, deeply enjoyable read.
— Jon Lee Anderson, author of Che Guevara: A Revolutionary Life

The impression is of abundant intelligence poured into a vessel whose aim is not tidy scholarship but joyous insight. Book lovers will relish this expansive and generous tome.
— Library Journal

Expertly connects Cervantes’ satire of then-popular novels of chivalry to the political climate of the time…. The combination of cultural analysis, textual examination, and enthusiastic commentary makes for an excellent primer to celebrate this momentous anniversary [of Quixote’s publication.]

Ilan Stavans is Lewis-Sebring Professor in Latin American and Latino Culture at Amherst College. He is the author of many books, including Spanglish: The Making of a New American Language and A Most Imperfect Union. He is also general editor of The Norton Anthology of Latino Literature.