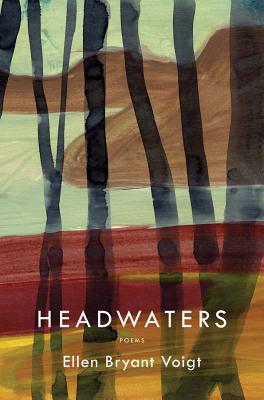 A meticulously crafted new volume from the acclaimed American poet whom the Washington Post Book World called a “genius.”

Rash yet tender, chastened yet lush, Headwaters is a book of opposites, a book of wild abandon by one of the most formally exacting poets of our time. Animals populate its pages—owl, groundhog, fox, each with its own inimitable survival skills—and the poet who so meticulously observes their behaviors has accumulated a lifetime’s worth of skills herself: she too has survived. The power of these extraordinary poems lies in their recognition that all our experience is ultimately useless—that human beings are at every moment beginners, facing the earth as if for the first time. "Don’t you think I’m doing better," asks the first poem. "You got sick you got well you got sick," says the last.


Eschewing punctuation, forgoing every symmetry, the poems hurl themselves forward, driven by an urgent need to speak. Headwaters is a book of wisdom that refuses to be wise, a book of fresh beginnings by an American poet writing at the height of her powers.

Ellen Bryant Voigt is the author of volumes of poetry, including Shadow of Heaven, a finalist for the National Book Award, and Messenger, a finalist for the National Book Award and for the Pulitzer Prize. Voigt was awarded the O. B. Hardison, Jr. Prize from the Folger Shakespeare Library, a Guggenheim Fellowship, and the Merrill Fellowship from the Academy of American Poets, where she was subsequently elected a chancellor. Her poems have appeared in an array of national journals and anthologies, including The Pushcart Prize and Best American Poetry. She lives in Vermont and teaches in the MFA Program for Writers at Warren Wilson College.
Loading...
or
Not Currently Available for Direct Purchase