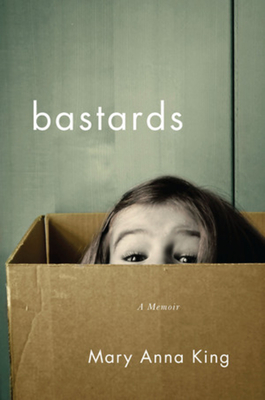 "A stirring, vividly told story of a young woman's quest to find the family she lost . . . an impressive debut." —Peter Balakian

In the early 1980s, Mary Hall is a little girl growing up in poverty in Camden, New Jersey, with her older brother Jacob and parents who, in her words, were "great at making babies, but not so great at holding on to them." After her father leaves the family, she is raised among a commune of mothers in a low-income housing complex. Then, no longer able to care for the only daughter she has left at home, Mary's mother sends Mary away to Oklahoma to live with her maternal grandparents, who have also been raising her younger sister, Rebecca. When Mary is legally adopted by her grandparents, the result is a family story like no other. Because Mary was adopted by her grandparents, Mary’s mother, Peggy, is legally her sister, while her brother, Jacob, is legally her nephew.

Living in Oklahoma with her maternal grandfather, Mary gets a new name and a new life. But she's haunted by the past: by the baby girls she’s sure will come looking for her someday, by the mother she left behind, by the father who left her. Mary is a college student when her sisters start to get back in touch. With each subsequent reunion, her family becomes closer to whole again. Moving, haunting, and at times wickedly funny, Bastards is about finding one's family and oneself.


Praise For Bastards: A Memoir…

This searing book explores how identity forms love, and love, identity. Written in engrossing, intimate prose, it makes us rethink how blood’s deep connections relate to the attachments of proximity.
— Andrew Solomon, author of Far From the Tree

With Bastards Mary Anna King has crafted a wise and indispensable meditation on the true nature of family, the dislocations of adoption, and all the vital species of love. She brings light to them all.

— Steve Almond author of Against Football: One Man's Reluctant Manifesto and Bad Poetry

An impressive debut. . . . [Mary Anna King’s] prose moves with lyrical wit and cultural texture as she persists with all of her protean self to figure out the nature of family and the deepest human connections amid trauma and confusion.
— Peter Balakian, author of Black Dog of Fate

Is it OK to repeatedly burst out laughing in the middle of a crowded coffeehouse before explaining to fellow customers, ‘It’s this hilarious new book about a crazy family that gave away their children the way other families send out Christmas cards?’ If not, I apologize for all the interrupted coffee breaks and lift my cup to Mary King and her glorious Bastards, a rib-tickling yet deeply moving debut memoir. Only a writer with King’s keen eye, expert storytelling skills, and from-the-heart honesty can turn a childhood this deficient into a book so rich.

— Franz Wisner, author of Honeymoon With My Brother

Mary Anna King’s Bastards is funny and wise and very entertaining. If you think you had a weird childhood, well, King’s book will put that right into perspective. At the same time even readers who are cynical on the subject of Family will be persuaded, somewhat, that in the last analysis it’s a good thing.

— Blake Bailey, author of The Splendid Things We Planned

In Bastards, Mary Anna King offers a moving portrait of the struggle to create a family out of little more than the imagination. In scene by finely wrought scene, punctuated by bursts of lyric intensity and hard-won humor, King reminds us that a good story is not in the ending but in the questions, that in this life the only resolution we get, sometimes, is acceptance, and that this can be enough.

— Nick Flynn, author of Another Night in Suck City

At turns hilarious, at turns heartbreaking, Bastards is the story a young girl who bears painful witness as each piece of her large family is chipped away. King emerges as a keen observer and a phenomenal storyteller. Bastards is a stellar memoir to be savored by fans of the The Glass Castle and The Liar’s Club.

As I read Mary King’s extraordinary memoir, Bastards, I couldn’t help but be reminded of Mary Karr’s The Liar’s Club. King has the same unflinching eye, the same ability to inhabit her child self while trying to make sense of her world. At turns funny and heartbreaking, Bastards never fails to surprise, impress, and dazzle

— Ann Hood, author of The Red Thread, and The Italian Wife

Mary Anna King was born in southern New Jersey and grew up in Oklahoma City. After studying English literature at Colgate University, she moved to Los Angeles, where she lives and writes.