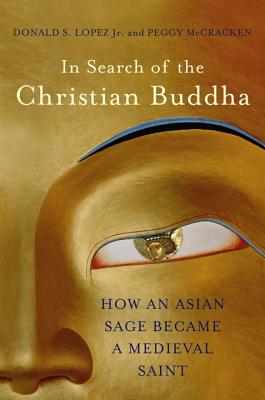 In Search of the Christian Buddha (Hardcover)

How an Asian Sage Became a Medieval Saint

The fascinating account of how the story of the Buddha was transformed into the legend of a Christian saint.

The story of Saint Josaphat, a prince who gave up his wealth and kingdom to follow Jesus, was one of the most popular Christian tales of the Middle Ages, translated into a dozen languages, and cited by Shakespeare in The Merchant of Venice. Yet Josaphat is only remembered today because of the similarities of his life to that of the Buddha.

In Search of the Christian Buddha is set against the backdrop of the trade along the Silk Road, the Christian settlement of Palestine, the spread of Islam, and the Crusades. It traces the path of the Buddha’s tale from India and shows how it evolved, adopting details from each culture during its sojourn. These early instances of globalization allowed not only goods but also knowledge to flow between different cultures and around much of the world.

Eminent scholars Donald S. Lopez Jr. and Peggy McCracken reveal how religions born thousands of miles apart shared ideas throughout the centuries. They uncover surprising convergences and divergences between these faiths on subjects including the meaning of death, the problem of desire, and their view of women. Demonstrating the incredible power of this tale, they ask not how stories circulate among religions but how religions circulate among stories.

Donald S. Lopez, Jr. (Ph.D. University of Virginia) is the Arthur E. Link Distinguished University Professor of Buddhist and Tibetan Studies in the Department of Asian Languages and Cultures at the University of Michigan. His works include Elaborations on Emptiness: Uses of the Heart Sutra, Curators of the Buddha: The Study of Buddhism under Colonialism, Prisoners of Shangri-La: Tibetan Buddhism and the West, The Story of Buddhism, The Madman’s Middle Way, The Scientific Buddha, From Stone to Flesh: A Short History of the Buddha, The Princeton Dictionary of Buddhism (with Robert Buswell), and In Search of the Christian Buddha (with Peggy McCracken, published by Norton). He has received fellowships from the National Endowment for the Humanities, the American Council of Learned Societies, the Guggenheim Foundation, and the Getty Research Institute. In 2000 he was elected to the American Academy of Arts and Sciences.

Peggy McCracken, the translator of Gui de Cambrai’s Barlaam and Josaphat, is a professor of French, women’s studies, and comparative literature at the University of Michigan.

Praise For In Search of the Christian Buddha: How an Asian Sage Became a Medieval Saint…

A literary detective story of the first order, in which Donald S. Lopez Jr. and Peggy McCracken recapture the color and excitement of every breakthrough along the way.
— Jack Miles, Pulitzer Prize-winning author of God: A Biography
or
Not Currently Available for Direct Purchase
Copyright © 2020 American Booksellers Association