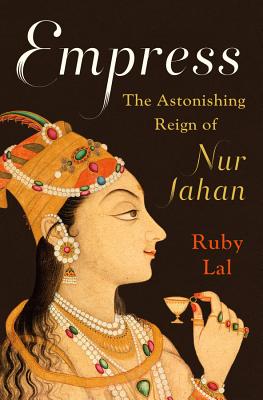 The Astonishing Reign of Nur Jahan

Four centuries ago, a Muslim woman ruled an empire.

When it came to hunting, she was a master shot. As a dress designer, few could compare. An ingenious architect, she innovated the use of marble in her parents’ mausoleum on the banks of the Yamuna River that inspired her stepson’s Taj Mahal. And she was both celebrated and reviled for her political acumen and diplomatic skill, which rivaled those of her female counterparts in Europe and beyond.

In 1611, thirty-four-year-old Nur Jahan, daughter of a Persian noble and widow of a subversive official, became the twentieth and most cherished wife of the Emperor Jahangir. While other wives were secluded behind walls, Nur ruled the vast Mughal Empire alongside her husband, and governed in his stead as his health failed and his attentions wandered from matters of state. An astute politician and devoted partner, Nur led troops into battle to free Jahangir when he was imprisoned by one of his own officers. She signed and issued imperial orders, and coins of the realm bore her name.

Acclaimed historian Ruby Lal uncovers the rich life and world of Nur Jahan, rescuing this dazzling figure from patriarchal and Orientalist clichés of romance and intrigue, and giving new insight into the lives of women and girls in the Mughal Empire, even where scholars claim there are no sources. Nur’s confident assertion of authority and talent is revelatory. In Empress, she finally receives her due in a deeply researched and evocative biography that awakens us to a fascinating history.


Praise For Empress: The Astonishing Reign of Nur Jahan…

A luminous biography…It is a captivating account, its depth of detail recreating a world whose constraints of lineage would seem to preclude the advance of an unknown, self-made, widowed queen…Lal’s book is an act of feminist historiography.
— Rafia Zakaria - Guardian

Lal’s
intriguing biography, with its chronology of [Nur Jahan's] relatively swift rise to power
and even swifter descent, restores [her] to her full splendour.
— Jane Ciabattari - BBC

Lal has done a service to readers interested in the Mughal period and the many forgotten or poorly remembered women of Indian history.
— Vikas Bajaj - New York Times Book Review

Ms. Lal has not only written a revisionist feminist biography; she has also provided a vivid picture of the Mughal court, with its luxuries, beauties, intrigues and horrors. Moreover, at a time when India’s Hindu-nationalist government chooses to emphasise one strain in the country’s history, she offers a reminder of the diversity of Indian tradition.
— Economist

Ruby Lal's marvelous account of Empress Nur Jahan's life is
as intriguing, inspiring, and relevant to us today in 21st-century America as
it was to her times in 17th century India.
— Azar Nafisi, author of Reading Lolita in Tehran

This is an outstanding book, not only incredibly important but also a fabulous piece of writing. Here, India’s greatest empress is reborn in all her fascinating glory in a luminescent account of her life and times. Ruby Lal has written a classic—one of the best biographies to come out this year and certainly the best ever of Nur Jahan.
— Amanda Foreman, author of The World Made by Women

What an extraordinary and detailed account of a remarkable woman—amazing! A very impressive, thorough, poetic, humane work.
— Deepa Mehta, filmmaker and screenwriter

An enchanting evocation of the brilliant Mughal Empire and a tender tribute to India’s first female leader. Lush and sensuous, a jewel box of a book.
— Rosalind Miles, author of Who Cooked the Last Supper? The Women’s History of the World

The author's descriptions of Agra are superb, and her detailed explanations of Nur's upbringing reflect her long study, deep understanding, and modern take on a little-explored subject…[Nur] must be held as one of history's great independent, powerful women. A page-turning, eye-opening biography that shatters our impressions of India as established by the British Raj.
— Kirkus Reviews (starred review)

Lal makes clear her subject’s relevance…Closely researched and vividly written, this telling finds that the truth is as fantastic and fascinating as myth.
— Publishers Weekly (starred review)

Ruby Lal is an acclaimed historian of India and a professor of South Asian History at Emory University. She is the author of Empress: The Astonishing Reign of Nur Jahan, Domesticity and Power in the Early Mughal World, and Coming of Age in Nineteenth Century India: The Girl-Child and the Art of Playfulness. She divides her time between Atlanta and Delhi.
Loading...
or
Not Currently Available for Direct Purchase