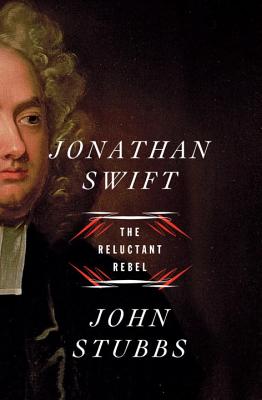 A rich and riveting portrait of the man behind Gulliver’s Travels, by a “vivid, ardent, and engaging” (New York Times Book Review) author.

One of Europe’s most important literary figures, Jonathan Swift was also an inspired humorist, a beloved companion, and a conscientious Anglican minister—as well as a hoaxer and a teller of tales. His anger against abuses of power would produce the most famous satires of the English language: Gulliver’s Travels as well as the Drapier Papers and the unparalleled Modest Proposal, in which he imagined the poor of Ireland farming their infants for the tables of wealthy colonists.

John Stubbs’s biography captures the dirt and beauty of a world that Swift both scorned and sought to amend. It follows Swift through his many battles, for and against authority, and in his many contradictions, as a priest who sought to uphold the dogma of his church; as a man who was quite prepared to defy convention, not least in his unshakable attachment to an unmarried woman, his “Stella”; and as a writer whose vision showed that no single creed holds all the answers.

Impeccably researched and beautifully told, in Jonathan Swift Stubbs has found the perfect subject for this masterfully told biography of a reluctant rebel—a voice of withering disenchantment unrivaled in English.

Stubbs’s in-depth analysis of the vast cultural impact of Swift’s many works is impressive, as are his portraits of Swift’s literary acquaintances… This astute portrait of a complicated man who wanted to defend his homeland…is truly masterful. A rich and sweeping story superbly told.
— Kirkus Reviews, starred review

Vivid…exacting and thought-provoking… Stubbs excels at showing how Swift became ‘the most notorious writer of his day.’
— Publishers Weekly

One of the many virtues of John Stubb’s compendious, deeply researched and absorbing biography is that it illuminates the events not just of Swift’s life but of the world before and around him....In this superb biography, Stubbs succeeds in enabling us to understand the complexities and character of this greatest of writers.
— The Times

John Stubbs studied English at Oxford and Renaissance literature at Cambridge, where he completed a doctorate. John Donne was awarded a Royal Society of Literature Jerwood Award and shortlisted for the Costa Biography Award. Stubbs lives in Ljubljana, Slovenia.
Loading...
or support indie stores by buying on