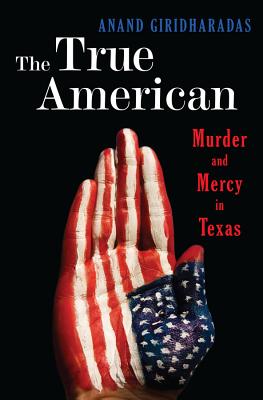 Murder and Mercy in Texas

Imagine that a terrorist tried to kill you. If you could face him again, on your terms, what would you do?

The True American tells the story of Raisuddin Bhuiyan, a Bangladesh Air Force officer who dreams of immigrating to America and working in technology. But days after 9/11, an avowed "American terrorist" named Mark Stroman, seeking revenge, walks into the Dallas minimart where Bhuiyan has found temporary work and shoots him, maiming and nearly killing him. Two other victims, at other gas stations, aren’t so lucky, dying at once.


The True American traces the making of these two men, Stroman and Bhuiyan, and of their fateful encounter. It follows them as they rebuild shattered lives—one striving on Death Row to become a better man, the other to heal and pull himself up from the lowest rung on the ladder of an unfamiliar country.

Ten years after the shooting, an Islamic pilgrimage seeds in Bhuiyan a strange idea: if he is ever to be whole, he must reenter Stroman's life. He longs to confront Stroman and speak to him face to face about the attack that changed their lives. Bhuiyan publicly forgives Stroman, in the name of his religion and its notion of mercy. Then he wages a legal and public-relations campaign, against the State of Texas and Governor Rick Perry, to have his attacker spared from the death penalty.

Ranging from Texas's juvenile justice system to the swirling crowd of pilgrims at the Hajj in Mecca; from a biker bar to an immigrant mosque in Dallas; from young military cadets in Bangladesh to elite paratroopers in Israel; from a wealthy household of chicken importers in Karachi, Pakistan, to the sober residences of Brownwood, Texas, The True American is a rich, colorful, profoundly moving exploration of the American dream in its many dimensions. Ultimately it tells a story about our love-hate relationship with immigrants, about the encounter of Islam and the West, about how—or whether—we choose what we become.


Praise For The True American: Murder and Mercy in Texas…

Exhilarating and deeply affecting, Giridharadas’s book is not only a captivating narrative; it reminds us of the immigrant’s journey at the heart of the American story and how, in the wake of violent tragedy, one new to our country can help us to see through to the best in ourselves, even when the law requires far less.
— Henry Louis Gates, Jr., Alphonse Fletcher University Professor, Harvard University

Competing visions of the American Dream clash in this rich account of a hate crime and its unlikely reverberations….Giridharadas’ s evocative reportage captures the starkly contrasting, but complementary struggles of these men with sympathy and insight, setting them in a Texas landscape of strip malls and gas stations that is at once a moonscape of social anomie and a welcoming blank slate for a newcomer seeking to assimilate. The result is a classic story of arrival with a fresh and absorbing twist.
— Publishers Weekly (Starred Review)

Anand Giridharadas has written a book that is simply impossible to put down. Just when we thought that we had read everything we could possibly absorb about 9/11, The True American finds a new and compelling perspective, one that explores two sharply opposed dimensions of the American experience in a style that neither celebrates nor condemns. We readers become the jury, weighing what it means to be a true American today.

— Anne-Marie Slaughter, president and CEO of the New America Foundation

An unforgettable story about two men caught in the jaws of history. In this compassionate, tenacious, and deeply intelligent book, Giridharadas casts brilliant new illumination on what we mean by ‘American.’
— Teju Cole, author of Open City

The suspense in this book runs deeper than whether Stroman will live or die. Mr. Giridharadas is most interested in examining the viability of the American dream… an enterprising and clear-eyed reporter.
— Stephen Harrington - Wall Street Journal

A riveting tale, dense with detail, from Giridharadas’ unflinching descriptions of the struggling neighborhoods on the eastern edge of Dallas, to Stroman’s troubled and brutal childhood, to the ebullient optimism of these new Americans determined to create better lives.
— Michael E. Young - Dallas Morning News

Gives you new eyes on your nation, makes you wonder about both the recent South Asian immigrant behind the counter at the food mart and the tattooed white man behind you in line. It reminds you that there are some Americas where mercy flows freely, and other Americas where it has turned to ice.
— Eboo Patel - Washington Post

The characters are too fascinating to miss.
— Amy Kamp - Austin Chronicle

An intellectually agile and incessantly compelling portrait of post-9/11 America—or what we are and of what we might become.
— Padma Viswanathan - Rumpus

Anand Giridharadas is a writer, on-air political analyst for NBC News and MSNBC, and a visiting scholar at the Arthur L. Carter Journalism Institute at New York University. He is the author of India Calling, The True American, and Winners Take All. He lives in Brooklyn, New York, with his wife, Priya Parker, and two children.