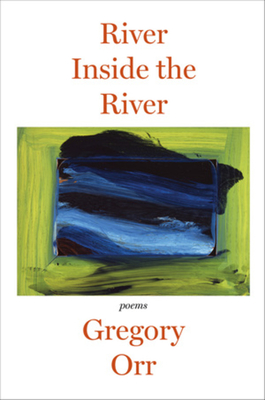 River Inside the River

Three gorgeous poetic sequences that combine the intensity of lyric with the thematic scope and range of narrative and myth.

From the acclaimed American poet whose work the San Francisco Review called “mystical, carnal, reflective, wry” come three gorgeous poetic sequences. In the first, “Eden and After,” Gregory Orr retells the story of Adam and Eve. The second sequence, “The City of Poetry,” evokes and explores a visionary metropolis where “every poem is a house, and every house a poem.” The final sequence, “River Inside the River,” focuses on redemption through the mysterious power of language to resurrect the beloved and recover what is lost. River Inside the River combines Orr’s characteristic spirituality and meditative lyricism with storytelling and myth-making. These are poems that will sustain, console, and give hope, from a poet at the height of his powers.


Praise For River Inside the River: Poems…

[River Inside the River is] a striking meditation on art’s free-standing place in the natural world and of the feeling of rightness, of restitution, even resurrection—not of bodies, but of the sense of having been justified and hence forgiven by the thing that we do, this art.

For four decades, Gregory Orr has been among a small handful of poets
who make me proud to be among their generation of writers. Orr’s new book is a
wonder, exploring such weighty themes as the sources of love, the sources of
mourning, the working of redemption and memory, the ways in which these give
rise to poetic utterance . . . all in language as light as airborne
thistledown. For such powerful lyric importance to come from such small deft
breaths requires both mastery and magic; both are plentiful here, on every
page.
— Albert Goldbarth

Gregory Orr’s poems have always had the stunning ability to place mindfulness almost instantly back inside the mind. Once again, a river inhabits its true banks, and a soul, its boundless person.
— Naomi Shihab Nye

Orr ranks as a great seer, casting a mythic spell over the reader with his technically attuned verse.
— Arlice Davenport - The Wichita Eagle

Gregory Orr has written twelve poetry collections, a memoir, and several books of criticism, most recently A Primer for Poets and Readers of Poetry. The recipient of Fellowships from the Guggenheim Foundation and the National Endowment for the Arts, he lives in Charlottesville, Virginia.
Loading...
or
Not Currently Available for Direct Purchase