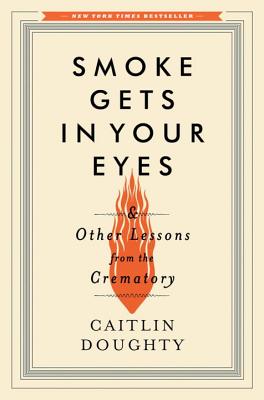 Smoke Gets in Your Eyes


Praise For Smoke Gets in Your Eyes: And Other Lessons from the Crematory…

[Doughty’s] sincere, hilarious, and perhaps life-altering memoir is a must-read for anyone who plans on dying.
— Katharine Fronk - Booklist, Starred review

A book as graphic and morbid as this one could easily suck its readers into a bout of sorrow, but Doughty—a trustworthy tour guide through the repulsive and wondrous world of death—keeps us laughing.
— Rachel Lubitz - Washington Post

Doughty reels you in with wonderful anecdotes about her work. Intermixed with the humor is a love of life that will make you reconsider how our culture treats the dead.
— San Francisco Chronicle