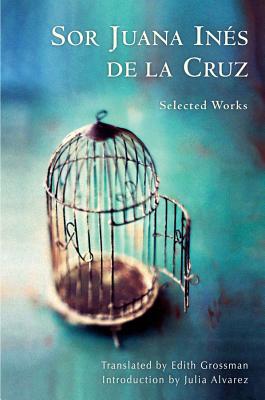 Latin America's great poet rendered into English by the world's most celebrated translator of Spanish-language literature.

Sor Juana (1651–1695) was a fiery feminist and a woman ahead of her time. Like Simone de Beauvoir, she was very much a public intellectual. Her contemporaries called her "the Tenth Muse" and "the Phoenix of Mexico," names that continue to resonate. An illegitimate child, self-taught intellectual, and court favorite, she rose to the height of fame as a writer in Mexico City during the Spanish Golden Age.


This volume includes Sor Juana's best-known works: "First Dream," her longest poem and the one that showcases her prodigious intellect and range, and "Response of the Poet to the Very Eminent Sor Filotea de la Cruz," her epistolary feminist defense—evocative of Mary Wollstonecraft and Emily Dickinson—of a woman's right to study and to write. Thirty other works—playful ballads, extraordinary sonnets, intimate poems of love, and a selection from an allegorical play with a distinctive New World flavor—are also included.

Edith Grossman is a marvel. With the greatest artistry she has given vibrant, contemporary voice to Sor Juana, legendary proto-feminist bard of seventeenth-century Mexico, capturing the wit, tenderness, and religious fervor of her work.
— Susan Bernofsky, translator of Kafka’s The Metamorphosis

Her language is a lesson in speaking to the moment and to the centuries both, and Edith Grossman captures its suggestiveness with a calm elegance.
— Alberto Ríos

Impressive… This careful book may ignite new attention to Sor Juana in English, for which Grossman will deserve even more praise.
— Publishers Weekly

Acclaimed for her best-selling translations of Cervantes, Gabriel García Márquez, and Mario Vargas Llosa, Edith Grossman has received many awards including the PEN/Ralph Manheim Medal for Translation. She lives in New York City.
Loading...
or
Not Currently Available for Direct Purchase