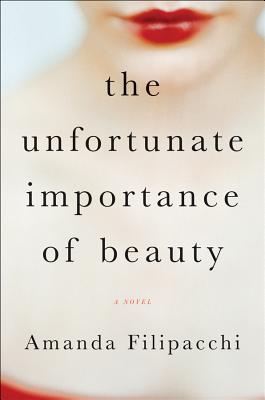 The Unfortunate Importance of Beauty

"A sure comic touch…smart and sweet…a tribute to the pleasures of friendship." —The New Yorker

"Readers who'd like to spend a little time at the corner where a brisker Haruki Murakami meets a drier '30 Rock' would do well to seek out Filipacchi's radiantly intelligent and very funny novel." —San Francisco Chronicle

A magical and comedic take on modern love, the power of friendship, and the allure of disguise.

In the heart of New York City, a group of artistic friends struggles with society's standards of beauty. At the center are Barb and Lily, two women at opposite ends of the beauty spectrum, but with the same problem: each fears she will never find a love that can overcome her looks. Barb, a stunningly beautiful costume designer, makes herself ugly in hopes of finding true love. Meanwhile, her friend Lily, a brilliantly talented but plain-looking musician, goes to fantastic lengths to attract the man who has rejected her—with results that are as touching as they are transformative.

To complicate matters, Barb and Lily discover that they may have a murderer in their midst, that Barb’s calm disposition is more dangerously provocative than her beauty ever was, and that Lily's musical talents are more powerful than anyone could have imagined. Part literary whodunit, part surrealist farce, The Unfortunate Importance of Beauty serves as a smart, modern-day fairy tale. With biting wit and offbeat charm, Amanda Filipacchi illuminates the labyrinthine relationship between beauty, desire, and identity, asking at every turn: what does it truly mean to allow oneself to be seen?


Praise For The Unfortunate Importance of Beauty: A Novel…

[A] sure comic touch… smart and sweet… a tribute to the pleasures of friendship.
— The New Yorker

Amanda Filipacchi is the funniest novelist you’ve never heard of… Few comic novelists get characters talking so naturally, and amusingly… There is a high art in this kind of ungentle entertainment, and in The Unfortunate Importance of Beauty Amanda Filipacchi proves she hasn’t lost her touch, not even a little.

Readers who’d like to spend a little time at the corner where a brisker Haruki Murakami meets a drier ‘30 Rock’ would do well to seek out Filipacchi’s radiantly intelligent and very funny novel.
— Ellis Avery - San Francisco Chronicle

Magic spills from the pores of Filipacchi’s story… The resulting romp is a witty and honest rendering of the unknowable distance between perception and reality, exploring the possibility that beauty is literally in the eyes of the beholder.
— Alexandra Coakley - Slate

Filipacchi's lively story reflects on the unearned power that beauty confers on its recipients… breezy with a bite.
— Maureen Corrigan - NPR

An astute, piercing look at the value society and individuals place on appearance… impossible to put down and utterly dead-on in its assessment of human nature.
— Booklist, starred review

An ingeniously crafted fictional meditation on power and freedom, essence and appearance that takes the form of a philosophical farce. A delight for the mind that penetrates the heart.
— Walter Kirn

Amanda Filipacchi writes with a deceptive ease, creating magic out of thin air. She makes the ordinary come alive with possibility and stuffs her pages full of laughter, sadness and characters that are unforgettable…Filipacchi is one of our best satirists.
— Neil La Bute

Amanda Filipacchi is one of the most original storytelling minds I know. Here, she has written a seductively powerful fable about the ugly powers of beauty, the redemptive powers of creativity, and the nature of true love. Every page abounds in mystery, delight and surprise.
— Sheila Heti

Amanda Filipacchi’s untamed imagination makes the world a little more fun to live in. This witty novel shines a blacklight on beauty, to reveal its dark side, and the author’s irrepressibly zany one.
— Roxana Robinson

Amanda Filipacchi has crafted a delightful gem, an unusual mixture of laughter and suspense. One never knows what's going to happen next in this odd and charming universe. This is a wonderfully absurd and comedic novel that also reads like a page-turning whodunit.
— Jonathan Ames

Takes a fairy tale, flips it on its head, and adds an element of murder… will both make you laugh and keep you on the edge of your seat.
— Lynsey Eidell - Glamour

Filipacchi’s fourth [novel], is a critique of how society’s visual valuations override the importance of character: a ‘don’t judge a book by its cover’ manifesto.
— The Daily Beast

Amanda Filipacchi is the author of three previous novels, Nude Men, Vapor, and, most recently, Love Creeps. Her writing has appeared in Best American Humor and elsewhere. She lives in New York City.