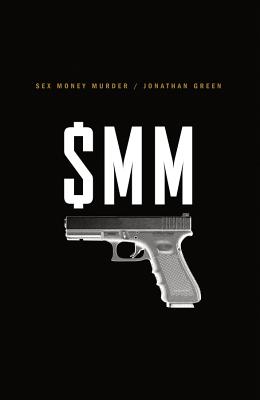 A Story of Crack, Blood, and Betrayal

A searing portrait of the crack epidemic and violent drug wars that once ravaged the Bronx.

In the late 1980s and early 1990s, the Bronx had one of the highest per capita murder rates in the country. The use of crack cocaine surged, replacing heroin as the high of choice. Drug dealers claimed territory through intimidation and murder, and families found themselves fractured by crime and incarceration. Chronicling the rise and fall of Sex Money Murder, one of the most notorious gangs of its era, reporter Jonathan Green creates a visceral and devastating portrait of a New York City borough, and the dedicated detectives and prosecutors struggling to stop the tide of violence.

The setting is Soundview, one of the city’s most dangerous projects, where we encounter the gangsters Suge and Pipe, and the charismatic leader of Sex Money Murder, Pistol Pete. We also meet the dedicated policemen, like rookie housing cop Pete Forcelli and seasoned Detective John O’Malley, risking their lives to make a difference. It’s a world in which dealers get their hands dirty simply by counting the hundreds of thousands of dollars of cash they make on a monthly basis, watch Scarface while smoking spliffs between shootings, and coolly assassinate rivals during a neighborhood football game; and where nothing is more important than preserving your honor and expanding your domain—with force. Breaking up the gang is a legal feat, but their murderous reputation and the expansion of their drug operation across state lines means that Sex Money Murder draws the attention of the Feds—the FBI and the Bureau of Alcohol and Firearms—and the persevering federal prosecutors Liz Glazer and Nicole LaBarbera, who will use RICO (the Racketeering Influenced and Corrupt Organizations Act) to go after the drug crews.

Drawing on years of research and extraordinary access to gang leaders, law enforcement, and federal prosecutors, Green delivers an epic character-driven narrative and an engrossing work of gritty urban reportage. Magisterial in its scope, Sex Money Murder offers a unique perspective on the violence raging in modern-day America and the battle to end it.


Praise For Sex Money Murder: A Story of Crack, Blood, and Betrayal…

Sex Money Murder is a ferocious and long-overdue piece of true storytelling about a time and a place that saw the worst of the dope business. Within it are remarkable tales of faith in a standard, friendship or what passes for it, greed, decay, the worst and the best of America.

A riveting, deeply human true-life thriller of deadly New York crack gangs that also breaks fresh ground on one of the most important issues of our time, the murders of young black men. With years of extraordinary reporter's access, crisp, cinematic writing, and no small amount of courage, Jonathan Green is the South Bronx Boswell of ruthless killers in a tale reminiscent of Gay Talese's classic inside portrait of the Bonanno crime family, Honor Thy Father. Most remarkably Green captures the common humanity of gangsters, cops, prosecutors, the guilty and the innocent, victims and avengers, redeemed and irredeemable psychopaths, the living and the dead in the modern noir American city.

— Michael Capuzzo, author of Close to Shore and The Murder Room

Expertly reported and written in a crisp, no nonsense style, Sex Money Murder is a glimpse into a violent criminal lifestyle rarely documented.

Green's insights into a culture unavailable to most readers are invaluable…A disturbing yet necessary, significant book by a journalist willing to place himself in danger.
— Kirkus

Doesn’t pull any punches….Green’s portraits of the good guys and the bad
guys are richly layered and compelling: this is no simple cops-and-robbers
story. It’s a story about an entire way of life and the way people on both
sides of the law have been affected by it. A fine piece of crime nonfiction.
— Booklist

Jonathan Green is an award-winning journalist and author. His work has appeared in The New York Times, Esquire, Men’s Journal, Garden and Gun, Fast Company, The Financial Times Magazine, and British GQ.
Loading...
or
Not Currently Available for Direct Purchase