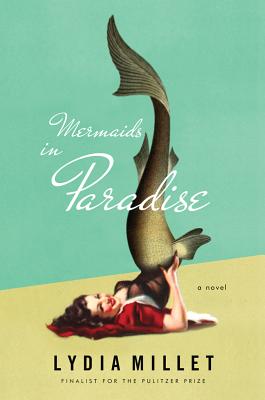 [A] laser-focused satire… The novel has the shape and pace of a thriller… An admirable example of a funny novel with a serious message that works swimmingly. Dive in.
— Kirkus Reviews, Starred Review

A romp with sharp teeth… a slapstick variation on Millet’s abiding theme: the relationship between human beings and the natural world.
— Laura Miller - Salon

Now that David Foster Wallace is gone, I think Lydia Millet is the American writer with the funniest, wisest grasp on how we fool ourselves… she has as good a chance as anyone to write the novel that defines our time.
— Charles Finch - Chicago Tribune

Lydia Millet is the author of A Children’s Bible, a finalist for the National Book Award and a New York Times 10 Best Book of 2020, among other works of fiction. She lives in Tucson, Arizona.