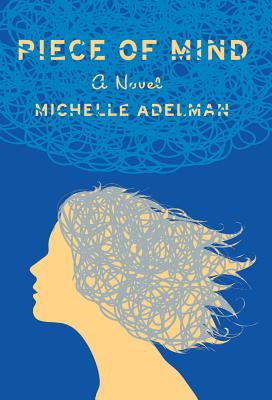 Told with warmth and intelligence, Piece of Mind introduces one of the most endearing and heroic characters in contemporary fiction.

At twenty-seven, Lucy knows everything about coffee, comic books, and Gus (the polar bear at the Central Park Zoo), and she possesses a rare gift for drawing. But since she suffered a traumatic brain injury at the age of three, she has had trouble relating to most people. She’s also uncommonly messy, woefully disorganized, and incapable of holding down a regular job. When unexpected circumstances force her out of the comfortable and protective Jewish home where she was raised and into a cramped studio apartment in New York City with her college-age younger brother, she must adapt to an entirely different life—one with no safety net. Over the course of a challenging summer, Lucy is forced to discover that she has more strengths than she herself knew.

Praise For Piece of Mind: A Novel…

Lucy, the endearing narrator of this moving novel, was left brain-damaged after being hit by a truck when she was 3. When her father dies 24 years later, she struggles to survive on her own, find her place in the world and summon the courage to pursue her dreams. With simplicity and humor, her story testifies to the fierce, universal human need for expression.
— People

As much about the bond between siblings as about traumatic brain injury.
— Boston Globe

Adelman beautifully conveys Lucy's idiosyncratic voice and outlook on the world...[Adelman] resists pat, too-easy endings, and instead focuses on realistically depicting Lucy's strengths and weaknesses, humor, failings and tentative steps toward believing in her own capabilities.
— Bookreporter

A moving story of grief, resilience, and self-actualization…Adelman fully inhabits Lucy’s voice, and the resulting tale is as realistic as it is uplifting.
— Publisher's Weekly (starred review)

Lucy’s narrative is sensitive, witty, and illuminating…excellently draw. Her journey and the evolution of her relationships offer a rare glance at the unknowable.
— Library Journal (starred review)

Piece of Mind is such a beautiful debut, one that will indelibly imprint the reader with Lucy’s unique voice and vision. She channels the raw states of grief and joy and bewilderment with such a pure-hearted intensity. Her New York is a flickery frontier, exciting and scary, where she toggles between states of numbness and excruciating sensitivity. Michelle Adelman is so articulate about what we know and cannot say, what we can barely stand to know, and what we bravely face each day as individuals in families, together and alone.

Piece of Mind is compulsively readable, built around a set of relatable, engaging characters and a compelling central problem for its protagonist.

From the first page of Piece of Mind, I fell in love with Lucy, its quirky, brave, funny heroine. And that feeling grew as she navigates her changing, often confusing, world. Michelle Adelman has created an unforgettable character and an unforgettable story.

— Ann Hood, author of An Italian Wife and The Knitting Circle

Like the Tourettes-ticcing Lionel Essrog in Jonathan Lethem's Motherless Brooklyn, or the obsessive-compulsive Mona Gray in Aimee Bender's An Invisible Sign of My Own, Michelle Adelman's heroine—and she definitely is that—travels a path that is by nature solitary, yet intersects with all that is best in ourselves. I hope you'll root for Lucy's success as much as I do.

— Helene Wecker, author of The Golem and the Jinni

Piece of Mind is animated by sense and innocence. Michelle Adelman has written a truly charming novel full of humor and warmth. Sex and drugs and polar bears abound.

— Cathleen Schine, author of Fin and Lady and The Three Weissmanns of Westport

Michelle Adelman has an MFA in Writing from Columbia University, and BS and MS degrees in Journalism from Northwestern University. Her work has appeared in Bustle, Fiction Writers Review, Extract(s), and elsewhere. She lives in San Diego.
Loading...
or
Not Currently Available for Direct Purchase