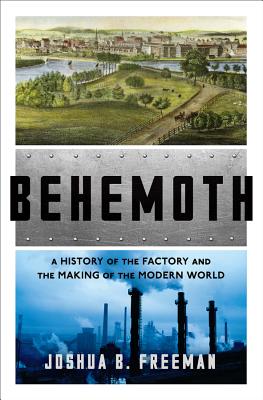 Fascinating. . . Freeman shows how factories have had an overwhelming influence on the way we work, think, move, play and fight.
— Scott W. Berg - Washington Post

A lively chronicle of the factory [that] delves into the nitty-gritty of manufacturing [and] successfully melds together those nuggets with social history on the shop floor and beyond the factory walls.
— Economist

You may have no detailed knowledge of factories except that they can be converted into cool lofts. In that case, you’ll learn much from historian Joshua Freeman.
— Jonathan Rose - Wall Street Journal

Freeman uses the history of the factory as a way to re-examine how workers are treated worldwide.
— Pacific Standard

Fascinating. . . . A compulsively readable cultural history of the birth and development of factories and their impact on society.
— Bookpage

Ranging from the early industrial revolution in England to the factories in modern-day China that produce iPhones, with stops along the way in New England mill towns, Henry Ford’s Detroit and Stalin’s Russia, this remarkable book traces the history of the giant factory and the people—capital, labor, consumers, and fascinated observers—whose lives it shaped. If you want to know where the world we live in came from, this is a good place to start.
— Eric Foner

Joshua B. Freeman is a Distinguished Professor of History at Queens College and the Graduate Center of CUNY. His previous books include American Empire and Working-Class New York, among others. He lives in New York City.
Loading...
or
Not Currently Available for Direct Purchase