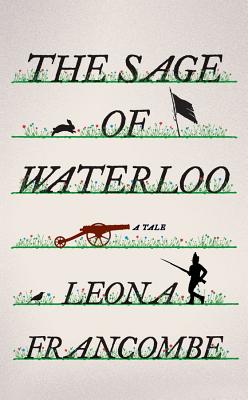 The Sage of Waterloo

The most beguiling and distinctive debut novel of the season: the Battle of Waterloo…as told by a rabbit.

On June 17, 1815, the Duke of Wellington amassed his troops at Hougoumont, an ancient farmstead not far from Waterloo. The next day, the French attacked—the first shots of the Battle of Waterloo—sparking a brutal, day-long skirmish that left six thousand men either dead or wounded.

William is a white rabbit living at Hougoumont today. Under the tutelage of his mysterious and wise grandmother Old Lavender, William attunes himself to the echoes and ghosts of the battle, and through a series of adventures he comes to recognize how deeply what happened at Waterloo two hundred years before continues to reverberate. “Nature,” as Old Lavender says, “never truly recovers from human cataclysms.”

The Sage of Waterloo is a playful retelling of a key turning point in human history, full of vivid insights about Napoleon, Wellington, and the battle itself—and a slyly profound reflection on our place in the world.


Praise For The Sage of Waterloo: A Tale…

Move out from the towering shadow of Watership Down, suspend your disbelief and enjoy the bold conceit of seeing a pivotal moment in history from the height of a blade of grass…. A wise white rabbit is as good a guide as any to helping us think through war.

Lovely…. Francombe can turn a phrase, no doubt. There’s an air of naturalist poetry to her words.
— Jason Sheehan - NPR.org

Gentle and poetic, [The Sage of Waterloo] is an eloquent reflection on the nature and cost of war…Everything in this little book is perfect.

Written by a concert pianist who abides in Europe, about the Battle of Waterloo seen through the eyes of an erudite bunny…The Sage of Waterloo [is] dignified and poignant, as well as sad, with a gentle humor befitting gentle lagomorphs.

Leona Francombe is a classical pianist who attended Bryn Mawr College and the Yale School of Music. She lives in Brussels, Belgium, with her husband and two children.
Loading...
or
Not Currently Available for Direct Purchase