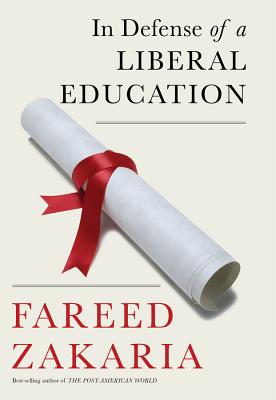 In Defense of a Liberal Education

CNN host and best-selling author Fareed Zakaria argues for a renewed commitment to the world’s most valuable educational tradition.

The liberal arts are under attack. The governors of Florida, Texas, and North Carolina have all pledged that they will not spend taxpayer money subsidizing the liberal arts, and they seem to have an unlikely ally in President Obama. While at a General Electric plant in early 2014, Obama remarked, "I promise you, folks can make a lot more, potentially, with skilled manufacturing or the trades than they might with an art history degree." These messages are hitting home: majors like English and history, once very popular and highly respected, are in steep decline.

"I get it," writes Fareed Zakaria, recalling the atmosphere in India where he grew up, which was even more obsessed with getting a skills-based education. However, the CNN host and best-selling author explains why this widely held view is mistaken and shortsighted.

Zakaria eloquently expounds on the virtues of a liberal arts education—how to write clearly, how to express yourself convincingly, and how to think analytically. He turns our leaders' vocational argument on its head. American routine manufacturing jobs continue to get automated or outsourced, and specific vocational knowledge is often outdated within a few years. Engineering is a great profession, but key value-added skills you will also need are creativity, lateral thinking, design, communication, storytelling, and, more than anything, the ability to continually learn and enjoy learning—precisely the gifts of a liberal education.

Zakaria argues that technology is transforming education, opening up access to the best courses and classes in a vast variety of subjects for millions around the world. We are at the dawn of the greatest expansion of the idea of a liberal education in human history.


Praise For In Defense of a Liberal Education…

Fareed Zakaria is the host of CNN’s flagship international affairs show, Fareed Zakaria GPS, as well as weekly columnist for the Washington Post, and the best-selling author of The Post-American World and The Future of Freedom.
Loading...
or
Not Currently Available for Direct Purchase