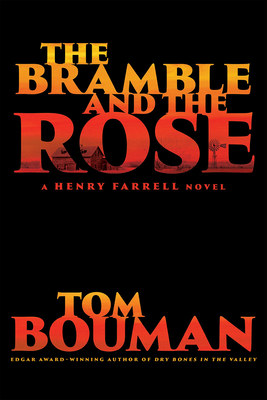 The Bramble and the Rose

"You would be hard-pressed to find a finer new series than Tom Bouman’s Henry Farrell novels because of the complexity of the plots or the richness of the characters, but what it really comes down to is just damn good writing." —Craig Johnson

A headless stranger is found in the woods of Wild Thyme, a small town in the Endless Mountains of Pennsylvania. All signs point to a man-killing bear, and Officer Henry Farrell would just as soon leave this hunt to the Game Commission. But doubts arise when he discovers the victim was a retired investigator. What drew the investigator to sleepy Wild Thyme? Before Henry can find answers, his own nephew disappears into the hills. Then an old flame dies under suspicious circumstances, leaving Henry as the prime suspect. Torn between protecting his family and clearing his name, Henry fights to protect the most he’s ever had to lose.

The Bramble and the Rose has animal-hunting sequences to rival those of William Faulkner and hand-to-hand combat struggles as tense as any depicted by Ron Rash or Daniel Woodrell. Mr. Bouman writes like a poet, whether describing an autumn landscape or a bear autopsy or a man in a midlife crisis.

An elegant tale of an introspective detective whose life experiences have seared his soul without extinguishing his hope.
— Kirkus Reviews

Tom Bouman is the author of The Bramble and the Rose, Fateful Mornings and Dry Bones in the Valley, which won the Edgar Award for Best First Novel and a Los Angeles Times Book Prize. He lives in upstate New York.
Loading...
or
Not Currently Available for Direct Purchase