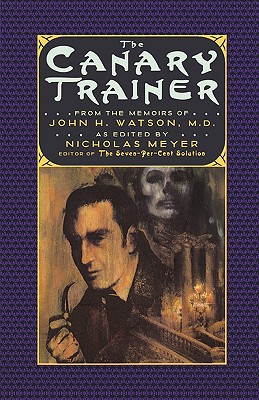 "Holmes enthusiasts will again find a story that is true to their hero…Readers who just enjoy a good mystery thriller will appreciate the terse narrative and fast moving action." —Lawrence J. Goodrich, Christian Science Monitor

Located by a computer in the bowels of a major university, this missing manuscript by Dr. John Watson, the biographer of Sherlock Holmes, reveals for the first time a hitherto unknown episode in the life of the Great Detective.

The year is 1891, Paris is the capital of the western world, and its opera house is full of surprises. First and by no means least is the sudden reappearance of the great love of Holmes's life, an accomplished singer from Hoboken, New Jersey. Second is the series of seemingly bizarre accidents—each more sinister than the last—allegedly arranged by the "Opera Ghost," an opponent who goes by many names and is more than equal to Holmes. Alone in a strange and spectacular city, with none of his normal resources, Holmes is commissioned to protect a vulnerable young soprano, whose beautiful voice obsesses a creature no one believes is real, but whose jealousy is lethal.

In this dazzling sequel to The Seven-Per-Cent Solution, the detective pits wits against a musical maniac, and we are treated to an adventure unlike any other in the archives of Sherlock Holmes.

[A]depts and novices alike will relish the author's adroit mimicry of the narrative conventions of Victorian melodrama and his eye for period detail&38230;Lively and entertaining.
— Publishers Weekly

Nicholas Meyer is the author of four Sherlock Holmes novels, including The Adventure of the Peculiar Protocols and The Seven-Per-Cent Solution, which was on the New York Times bestseller list for a year. He's a screen-writer and film director, responsible for The Day After, Time After Time, as well as Star Trek II: The Wrath of Khan, Star Trek IV: The Voyage Home, and Star Trek VI: The Undiscovered Country among many others. A native of New York City, he lives in Santa Monica, California.
Loading...
or support indie stores by buying on