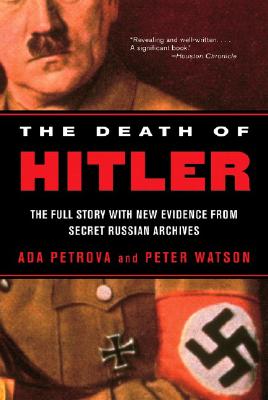 The Full Story with New Evidence from Secret Russian Archives

It is one of the most enduring mysteries of the twentieth century: how, exactly, Adolf Hitler died and what happened to his remains. With access to the Russians' Hitler Archive, this book reveals not only what happened after the Russians captured Hitler's bunker but also why the Soviets felt the details of his death had to be suppressed.

Ada Petrova is an award-winning Russian television journalist who lives in Moscow.

Peter Watson is a columnist for the London Observer and the author of four novels and five books of nonfiction, including a biography of Rudolf Nureyev. He lives in London.
Loading...
or
Not Currently Available for Direct Purchase