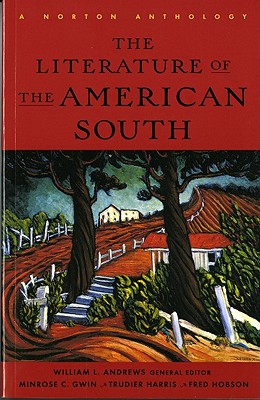 The Literature of the American South (Paperback)

For nearly four centuries, the American South has been home to a vital literary tradition.

The Literature of the American South reconsiders southern writing from its seventeenth-century origins to its flourishing present. Featuring the works of eighty-seven classic, contemporary, and newly recovered writers of all genres—poetry, short fiction, drama, novels, autobiography, criticism, sermons, memoirs, journals, and letters—this groundbreaking anthology sheds new light on the creative power of the southern imagination.

William L. Andrews is E. Maynard Adams Professor of English at the University of North Carolina at Chapel Hill. He is general editor of Wisconsin Studies in Autobiography and The Literature of the American South: A Norton Anthology, and co-editor of The Oxford Companion to African American Literature and The Norton Anthology of African American Literature. Other works include the Norton Critical Edition of Up From Slavery; The Literary Career of Charles W. Chesnutt; To Tell a Free Story: The First Century of Afro- American Autobiography, 1760–1865; Sisters of the Spirit; The Curse of Caste by Julia C. Collins; Life of William Grimes, the Runaway Slave; and Slave Narratives after Slavery.

Minrose C. Gwin (Ph.D. University of Tennessee) is professor of English at the University of New Mexico. She is the author of The Feminine and Faulkner: Reading (Beyond) Sexual Difference and Black and White Women of the Old South: The Peculiar Sisterhood in American Literature.


Trudier Harris (Ph.D. University of North Carolina at Chapel Hill) is J. Carlyle Sitterson Professor of English at the University of North Carolina, Chapel Hill. She is the author of five books, most recently The Power of the Porch: The Storyteller’s Craft in Zora Neale Hurston, Gloria Naylor, and Randall Kenan, and a co-editor of The Oxford Companion to Women’s Writing in the United States and The Oxford Companion to African American Literature.