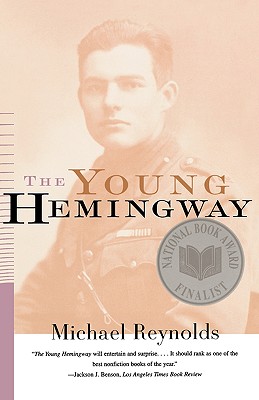 "The Young Hemingway will entertain and surprise…It should rank as one of the best nonfiction books of the year." —Los Angeles Times

Michael Reynolds recreates the milieu that forged one of America's greatest and most influential writers. He reveals the fraught foundations of Hemingway's persona: his father's self-destructive battle with depression and his mother's fierce independence and spiritualism. He brings Hemingway through World War I, where he was frustrated by being too far away from the action and glory, despite his being wounded and nursed to health by Agnes Von Kurowsky—the older woman with whom he fell terribly in love.


Praise For The Young Hemingway…

Michael Reynolds was a professor of English at North Carolina State University and a finalist for the National Book Award for Young Hemingway. His other works include Hemingway: The Paris Years and Hemingway: The Homecoming.
Loading...
or support indie stores by buying on