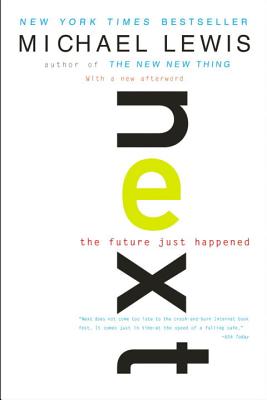 The New York Times bestseller. "His book is a wake-up call at a time when many believe the net was a flash in the pan."—BusinessWeek

With his knowing eye and wicked pen, Michael Lewis reveals how the Internet boom has encouraged changes in the way we live, work, and think. In the midst of one of the greatest status revolutions in the history of the world, the Internet has become a weapon in the hands of revolutionaries. Old priesthoods are crumbling. In the new order, the amateur is king: fourteen-year-olds manipulate the stock market and nineteen-year-olds take down the music industry. Unseen forces undermine all forms of collectivism, from the family to the mass market: one black box has the power to end television as we know it, and another one may dictate significant changes in our practice of democracy. With a new afterword by the author.


Praise For Next: The Future Just Happened…

Next does not come too late to the crash-and-burn Internet book fest. It come just in time—at the speed of a falling safe.