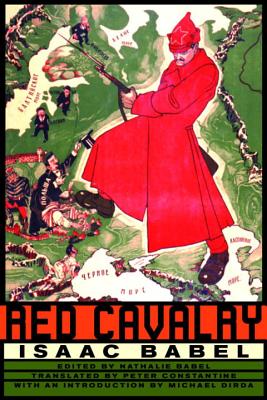 "Amazing not only as literature but as biography." —Richard Bernstein, The New York Times

One of the great masterpieces of Russian literature, the Red Cavalry cycle retains today the shocking freshness that made Babel's reputation when the stories were first published in the 1920s. Using his own experiences as a journalist and propagandist with the Red Army during the war against Poland, Babel brings to life an astonishing cast of characters from the exuberant, violent era of early Soviet history: commissars and colonels, Cossacks and peasants, and among them the bespectacled, Jewish writer/intellectual, observing it all and trying to establish his role in the new Russia.

Drawn from the acclaimed, award-winning Complete Works of Isaac Babel, this volume includes all of the Red Cavalry cycle; Babel's 1920 diary, from which the material for the fiction was drawn; and his preliminary sketches for the stories—the whole constituting a fascinating picture of a great writer turning life into art.

My favorite writer of fiction is Isaac Babel, primarily for one book, Red Cavalry. I find [it] endlessly haunting for its blunt yet somehow elusive style…it invariably leaves me feeling off balance and on edge. And I can't stop rereading it.

From the very first story, Red Cavalry opens like a cannon shot. In glorious, expressionist description, a cavalry division has forded the Zbrucz River at night…Amid beauty, amid courage and even warmth that are often overwhelming, there are butchery and murder, acts that can never be forgiven, only forgotten, and Babel does not let you forget.

If you want to read spectacularly graceful distillations of spectacularly intense, complex, ephemeral experience, you could hardly do better than stories in Isaac Babel’s Red Cavalry.

Isaac Babel was a journalist, playwright, and short story writer, whose works include the Russian masterpieces Red Cavalry and The Odessa Tales. He was arrested and executed in a Soviet prison in 1940.

Nathalie Babel, his daughter, edited two other books of Babel's writing and is the author of Hugo and Dostoevsky.

Peter Constantine is the director of the Program in Literary Translation at the University of Connecticut, the publisher of World Poetry Books, and editor-in-chief of the magazine New Poetry in Translation. A prolific translator from several modern and classical languages, Constantine was awarded the PEN Translation Prize for Six Early Stories by Thomas Mann, the National Translation Award for The Undiscovered Chekhov, the Helen and Kurt Wolff Translator’s Prize for his translation of The Bird Is a Raven by Benjamin Lebert, and the Koret Jewish Book Award and a National Jewish Book Award citation for The Complete Works of Isaac Babel.

Michael Dirda, who won a Pulitzer Prize for distinguished criticism at the Washington Post Book World, is the author of An Open Book, Bound to Please, and Readings: Essays and Literary Entertainments. He lives in Silver Spring, Maryland.
Loading...
or support indie stores by buying on